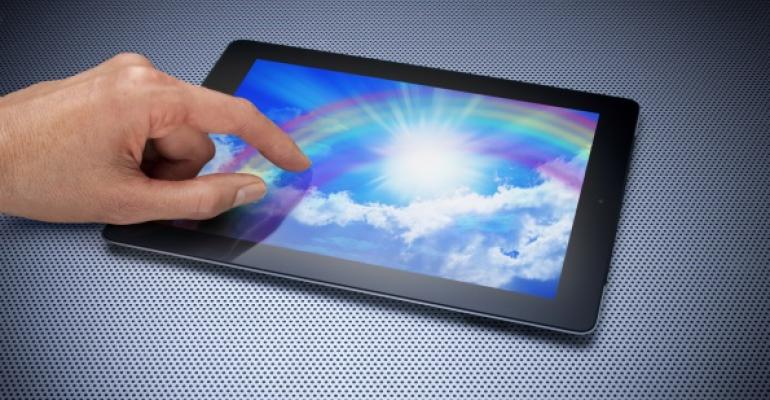 Guide to Building iOS Applications with MonoTouch for the .NET/C# Developer

Use your.NET/C# skills to develop iPhone and iPad applications

RELATED: "Build an iPad Application Using MonoTouch, C#, and .NET" and "Working with Images and Animation on the iPhone and iPad with .NET and C#: Part 1"

The Apple iPhone has taken the mobile world by storm since its original release in 2007. At that time, the only way to target the iPhonfie was either by writing a web application or by jailbreaking the phone. Neither was a good option. Writing a web application for the iPhone is not difficult, but it doesn't take advantage of the native capabilities of the device. Jailbreaking an iPhone relies on the owner of the device installing a piece of software that sidesteps the iPhone's security schemes and official distribution mechanisms. The process also raises several issues:

In 2008, Apple made it possible to run applications directly on the iPhone and introduced the App Store, opening the possibility of a development ecosystem that could target the device's capabilities. These capabilities include amazing graphics, sound, background processing, and other features that were, at that time, revolutionary in a mobile device. The iPhone is the leader of the smartphone pack in terms of integrating support for telephone service, apps, web access, and music in one consumer-friendly package.

How Do .NET Developers Fit into the Picture?

.NET developers, the largest set of developers in the general software development ecosystem, have looked at the iPhone with a high degree of envy. There are many stories about developers working a relatively short amount of time, submitting an application to the App Store, and quickly making hundreds of thousands of dollars. A recent report by the IT market research company Yankee Group states that sales of smartphone applications will increase from $343 million in 2009 to $4.3 billion in 2013.

In 2009, Novell announced a version of its Mono .NET-compatible open source development platform that's designed to run within the iPhone as a native application. This version of Mono, named MonoTouch, generated significant excitement within the .NET community. MonoTouch lets .NET developers take a portion of their existing development knowledge and use that to build applications that run on the iPhone. Although you can't take an existing .NET application and run that application on the iPhone, developers can apply their knowledge to building iPhone applications. I liken this to you, as an American, going to England and speaking the British dialect. You know the same basic language; but the accents, mannerisms, and certain terms are different.

When you build a MonoTouch application for the iPhone, you require a different set of tools:

Several strategies are available for .NET developers to build applications for the iPhone. They are:

Web development by using ASP.NET. The iPhone is bundled together with the Safari web browser. The recent update to the iPhone/iOS 4.x OS provides iPhone users a mobile version of the Safari 4.x browser. Many .NET developers are working in ASP.NET. It is possible to build a web-based application in ASP.NET that directly targets the iPhone web browser. There are pros and cons to this strategy.

The major advantage is the deployment of new versions of the application. New versions are directly available to iPhone users the moment the deployment is made to a web server. There is no need to wait for an application to be accepted by the App Store and for users to download it. By making a web application directly available to users, the App Store can be bypassed. Developers can stay in their existing development environments and use the tools with which they are most familiar.

The major disadvantage is that a web application will have limited support for taking advantage of the app's native features. Whenever a user experiences a bad connection over the 3G network or loses a Wi-Fi connection, the user cannot load the full application. The Safari browser in the iPhone does offer offline support. But if the application does not take advantage of the offline features in the browser, the user is out of luck.

MonoDevelop and MonoTouch. When you develop by using MonoTouch, your primary tool will be MonoDevelop. MonoDevelop lets you build native applications that run on the iPhone.by applying your .NET development knowledge.

Visual Studio .NET and MonoDevelop. There is no getting around the requirement of using a Mac that has the iPhone SDK installed to deploy an application to the iPhone. At some point, the .NET developer must leave behind the Visual Studio development platform. A strategy for MonoTouch development is for developers to use Visual Studio for creating the non-UI of their applications, debug in Visual Studio, then use that code in their MonoTouch application. This strategy works well for reusing existing logic. This logic can be encapsulated into classes that can be carried over to MonoDevelop, recompiled, and deployed to the iPhone. There are several ways to handle this:

The only problem with this approach is that there’s a danger of implementing some code that is available in.NET but isn't available on the MonoTouch platform.

The MonoTouch API is a combination of the .NET 3.5 Framework core features and the APIs on the iPhone. MonoTouch provides a bridge (interop) between the iPhone's native APIs, which are based on Objective-C and C-based APIs, to the .NET world to which C# developers are accustomed.

MonoTouch has the following components:

iOS does not support just-in-time (JIT) compilation or the sharing of libraries between applications. The lack of support for JIT compilation occurs at the iPhone kernel level and is a technical limitation of the iPhone. This is a problem for .NET development. In .NET development, source code (VB, C#, or other languages) is compiled to Microsoft Intermediate Language (MSIL). After the executable is set to run on an actual system, the JIT process compiles the MSIL code into actual code that takes advantage of the hardware on which the code is running. The iOS also does not allow the sharing of libraries between different applications on the device. As developers almost certainly know, Apple is not shy about enforcement in regards to iOS, so developers must be vigilant to meet the company’s requirements.

MonoTouch meets these requirements by being a static compiler. MonoTouch emits executables that run as native applications. There is no JIT or scripting involved, so the contractual and technical requirements are met for running on the iPhone. MonoTouch does this by using the Mono Project's Ahead of Time compilation feature, which is beyond this general discussion.

MonoTouch does have several limitations, mostly centered on code limitations:

Using a Value type as a Dictionary Key can create issues. By default, a Dictionary constructor tries to use EqualityComparer.Default, which, in turn, uses Reflection to instantiate a new type.  This works for Reference types because the create step is not performed. For most value types, the creation is performed. The attempt at creation results in the error.

Additional limitations are listed at monotouch.net/Documentation/Limitations.

Introduction to Development on the Mac with MonoDevelop

By default, the new solution is displayed on the left side of MonoDevelop, as shown in Figure 2.

The solution is displayed in addition to the following:

Interface Builder is the development tool for creating the application interface (see Figure 3). When Interface Builder starts, a blank design surface is displayed. You can drag controls from the Library onto the design surface and arrange them to create the necessary UI. For Visual Studio developers, this is a familiar concept.

Outlets. The concept of outlets is particularly confusing for developers who are first learning about MonoTouch and building iPhone apps. This term is used throughout the Apple developer website and the MonoTouch website. An outlet is a private pointer to a UI object, and it’s visible only within the class in which it is defined.

After you arrange the controls on the design surface, you must define their outlets in the application delegate. To create the outlets, click the plus sign (+) button in the Outlets section of the App Delegate Connections window. This step is shown in Figure 4.

Figure 5 shows the code for the MainWindow.designer.xib.cs file.

There are a couple of interesting items to note in the code:

In the Main.cs code, the AppDelegate class is a partial class. This lets it be compiled together with the connections as created in Interface Builder. By compiling the separate .cs file definitions together, the resulting code runs as if it were originally from the same file. This lets multiple programs (Interface Builder and MonoDevelop, in this case) have the responsibility of file and code management without the possibility of the programs easily writing over each other.

The methods that Figure 6 shows are as follows:

Actions. Now that a UI is created, the application has to be able to respond to user events. For those familiar with Visual Studio, creating actions (also known as “handling events” in the Windows world) is a fairly easy concept. For a button in a WinForm or in a WebForm, double-clicking the button causes the following to occur: An event is defined in the control (WebForm) or in the Designer.cs file (WinForm), the source file opens, and the editor takes you to the click event. You can then add code to that event to perform whatever functionality is required. There is a similar, somewhat more manual process for doing this in MonoDevelop by using MonoTouch.

Creating outlets made the UI controls available to you and also available within the AppDelegate class. MonoDevelop allows the handling of user events; however, this is a manual process. To handle user events, open the Main.cs file and go to the FinishedLaunching() method within the AppDelegate class. To set up the touchdown event on a button (roughly the equivalent of a click event on a button in WinForms), add an event to the control's TouchDown property.

Deploying to an iPhone

Now that an application has been created and tested in the simulator, it's time to deploy and test the application on an actual device. This is a fairly short process, but it can be confusing. The key pieces of the process are as follows:

Apple provides the following resources for setting up the certificates and deployment setup for Mac developers. To access these resources, you must be a member of the Apple iPhone Developer Program.

Now that we've looked at MonoTouch, MonoDevelop, and development for the iPhone for .NET developers, I wanted to give you one final short example in which we'll use the iPhone's SearchBar. Although search data is typically used to perform some type of search, in this example the code will use the user input value from the SearchBar to populate a label.

To get this functionality to work, put a SearchBar into a Window in Interface Builder, and create an outlet. Save the outlet, and add the following lines of code to the FinishedLaunching method:

The two event handlers are then defined as shown in Figure 10, and Figure 11 shows the output of this code. From a .NET standpoint, these are commands that make sense and that are easily understandable.

By using MonoTouch, .NET developers can now take their skills to the iPhone and iPad. I hope that this short look at MonoTouch and MonoDevelop motivates you to get started developing for these products. Considering the number of Apple devices in use and the potential income that they represent, you should definitely take a look at developing for such a large market. In fact, there’s no excuse not to look at developing for iPhone and iPad devices. And please stay in touch with me as you progress! I want to hear about the apps that you create.

Wallace B. "Wally" McClure ([email protected]) is a Microsoft MVP, ASPInsider, member of the national INETA Speakers Bureau, author of seven programming books (including two about MonoTouch), and a partner in Scalable Development. Currently, Wally is in the final stages of writing an Android programming book. He blogs at www.morewally.com and co-hosts the ASP.NET Podcast.