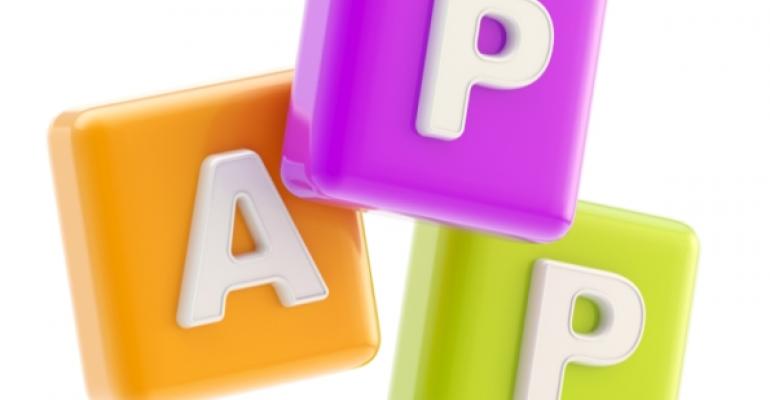 Since its release in March 2010, the iPad has taken the world by storm. For more information on mobile development, see "Mobile Development Options for .NET Developers" and "Better Mobile Website Development Using the jQuery Mobile Library." Each new iPad release has launched the device further and further into our lives. Here are some interesting facts that we have seen over the past few years along with some market share analysis:

No matter how you slice the data, tablet usage is growing, and the iPad is currently leading the pack. The question for .NET developers is "How can I get me some of that?" Xamarin's MonoTouch offers help, by providing the means for .NET developers to leverage their C# and .NET coding skills to develop iPad applications. MonoTouch has supported the iPad since the initial release of the iOS 3.2 beta SDK all the way up to the most recent iOS SDK, which supports the iPad. In this article, we'll look at targeting the iPad and how we can take advantage of iPad-specific features in our iOS applications written with MonoTouch.

Apple has done a good job of supporting iPad application developers -- for example, by carrying over familiar iPhone development concepts. At a basic level, programming the iPad is just like programming an iPhone, except that developers have more screen real estate. The concepts are the same: We have UILabels, UIButtons, UIPickers, and all the same controls that we're already used to. The only control that's new to the iPad is a UISplitViewcontroller, which we will discuss later.

MonoTouch allows developers to target the iPad in one of three ways, as shown in the MonoDevelop New Solution dialog in Figure 1:

After your application is compiled, the next step is to determine how to debug the application. For this article, I'm assuming that you're familiar with the debugging process in MonoDevelop. Have you noticed that you can select the type of device you will debug with? Figure 3 shows the type of display you will see if you are debugging a universal application. As you can see in Figure 3, you have the option of debugging with either the iPhone Simulator or iPad Simulator.

The next step in the process of looking at the tools is to investigate what the iOS Simulator provides. Most iPhone developers are familiar with the Simulator. In Figure 4, you can see two different features of the Simulator.

These Simulator features are:

On March 7, 2012, Apple announced the third-generation iPad, which is officially called "the new iPad." This version contains the same physical dimensions as previous versions of the device; however, inside the device are many new features. There is a new dual-core A5X CPU, quad-core graphics capability in the CPU, and a new Retina-level display with support for 2048 x 1536 pixels. This is four times the display resolution of the first- and second-generation iPads, which had 1024 x 768 pixels of resolution. As one can imagine, the update to the iPad has presented the user with amazing graphical capabilities.

What About Application Images?

This takes care of the built-in image in iOS for Retina displays. What about the images that are a part of your application? Fortunately, handling those images is easy and a built-in capability. For example, if you have an image named image.png, create a high-resolution named "[email protected]". Once you include the higher-resolution image in your project, go ahead and load the image.png file. On a device with a Retina display, the "[email protected]" file is chosen. On a non-Retina display, the device will load the image.png file as expected.

Now let's walk through the process of building a native iPad application in MonoTouch -- which is fairly similar to building an iPhone application. Let's start by building a universal application. To do so, in MonoDevelop, go to File, New, Solution. In the dialog, go to C#, MonoTouch, Universal, Single View Application. We'll use this project as a base example. The resulting project has an iPhone- and an iPad-specific .xib, as shown in Figure 6.

The 2 key items to notice in this code are:

Note: Although it seems obvious that there would be a Universal View Controller, this is something I did not see for the longest time because I didn't see the vertical scrollbar on the right side of the screen when MonoTouch provided initial iPad support. I was programmatically creating user interfaces, which can be a little bit daunting when developers first take up a platform that is new to them. As a result, I like to mention the Universal View Controller and show it in the New File dialog box, as in Figure 7.

Now that you've seen the iPad and understand the basics of a universal application, let's dig into the iPad a little bit deeper. The first thing that we will see is the UISplitViewController class. This class is a container that allows a developer to manage two view controllers, which are displayed side by side. This class will be used to implement a master-detail interface. The left side of the display will be a list of items; the right side will present the detail information of the selected item from the left. The UISplitViewController is a control that's specific to the iPad. If a developer attempts to create a UISplitViewController on an iPhone or iPod Touch, an exception is generated.

Let's take a look at the code used with the controller. This code is within the AppDelegate.cs of an iPad project:

This code will set up the necessary controllers. Thankfully, the MonoTouch projects have this code already built for developers.

Now that we've seen the UISplitViewController at a high level, let's dig into using it in our universal application a little bit more.

One of the common scenarios for an iPad app is that of displaying the data in a master-detail display. Let's look at an example display that I created in the iPad, shown in Figure 8. I'll walk through the key parts of this code in the following sections.

Now, I'm sure that you are wondering about the DataSource object. This is a single class that has been created and is an object that you create. Let's look at the code for this, shown in Listing 1.

The main thing to notice in this code is that this is just a table data source – a topic that I covered in detail in my article on MonoTouch tables and data. The key part of the code to look at is the RowSelected method. In this method, the code will send the message to the SetDetailItem method that is exposed in the DetailViewController.

The SetDetailItem method is fairly simple in the DetailViewController. In this method, shown in the code example below, we will do two things:

There are valid needs to display a button in the navigation bar of an iPad application. Buttons are not particular to the iPad, but as a result of the increased screen space, it's likely that you'll need to add a button to an iPad app. Adding a button is a fairly simple operation in MonoTouch. The button is set up in code in our RootViewController.cs file, shown in Listing 2.

Developers who would like to add a button in a slightly different way can do so using code that looks something like this:

Finally, here is the event handler that is set up in the preceding code:

When you work with the iPad, one of the first things you think about is the swipe action. With the swipe, we have an option to update the user interface based on a finger sliding left or right as well as up or down. When a user performs the swipe, the program needs to detect the swipe and then operate on it. The question then becomes: How does the program detect the swipe? In all honesty, performing a swipe is not specific to the iPad. However, given the iPad's increased display size, the swipe action is more commonly performed in the iPad. Let's look at the code necessary for the swipe operation.

The flow of the code that's shown in Listing 3 is as follows:

The next piece of code that will have to be created is the SwipeRecognizerDelegate. Here is the code for this:

The result of this code is that when a user moves a finger across the screen, the swipe is processed, and the direction of the code swipe is presented to the user as text explaining the swipe detection.

Step Up to iPad Development

As you've seen here, developing for the iPad is similar to developing for the iPhone. In addition to the items that I've discussed, there are other features that developers will encounter. Some of these features include the UIScrollView and the gratuitous page curl that makes for great demos.