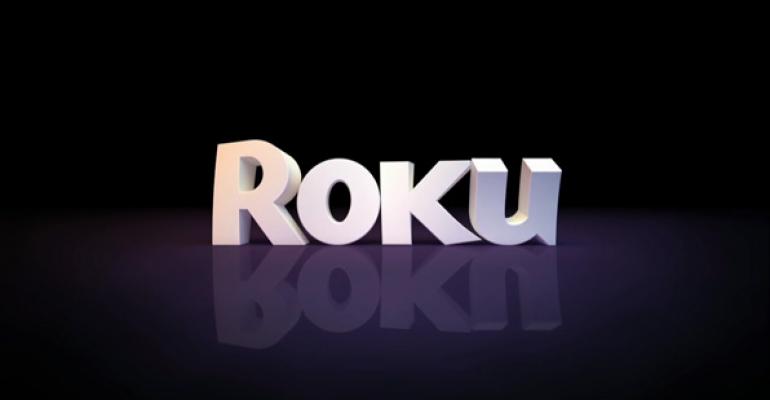 The quest for the perfect living room set-top box continues: This week, Roku released its new Roku 3, an evolutionary update to its previous (and excellent) devices. Is this the set-top box you’ve been looking for?

I’ll need a few more weeks before I can really weigh in on the Roku 3, but now that it’s configured and up and running in my living room, that “work” can get started. And no worries there: My family used our previous Roku, the Roku 2 XS Streaming Player I reviewed last year, regularly. (And we used the previous generation Roku device before that.)

In the box: Roku 3, remote control, power supply and (not shown) headphones

If you’re familiar with the Roku 2, in particular the Roku 2 XS, you get the general idea. Indeed, the new Roku 3 replaces the Roku 2 XS in the Roku lineup, and Roku still sells lower-end Roku LT ($50), Roku HD ($60), and Roku 2 XD ($80) devices as well. As with last year’s lineup, each adds a few additional features. All of them support 720p video, over 750 channels of entertainment, and built-in Wi-Fi. The Roku LT adds instant replay from the remote. And the Roku 2 XS adds 1080p support.

The Roku 3 includes a number of useful and unique features on top of that, including dual-band Wi-Fi, Ethernet, a USB port, and a special remote with a headphone jack and included headphones that will let you enjoy Roku without distracting others around you. That remote also includes motion control capabilities for gaming and comes with a bundled copy of “Angry Birds Space.” (The Roku 2 XS included the original “Angry Birds.”)

Roku 3 adds Ethernet and USB (hidden on the right side) ports, among other unique features

I’ll report on these features in my eventual review. For now, I can tell you that the Roku 3 hardware is a softer, curvier take on the traditional Roku “hockey puck” design and that the new remote, which I don’t like for the same reasons I disliked the Roku 2 XS remote last year) now features volume up and down buttons in addition to that headphone jack.

Initial setup is as tedious as ever, but at least you only do it once. In addition to registering the device itself and installing the inevitable software update, you then have to configure each service—Netflix, Hulu Plus, Amazon Instant Video, Vudu, and so on—one by one. Some of these are simple, like Amazon Instant Video, which gives you a handy web URL and code you can type in on your PC. But most require you to type in your user name and password using the Roku remote, which is time consuming and error prone.

The new Roku UI is grid-based and easier to navigate

From a software perspective, things have improved. Instead of the non-scalable UI in the previous version, in which each installed service appeared as a tile in a single row that you navigated horizontally, Roku’s version 5 software, installed on the Roku 3, features a grid-based layout, which uses the onscreen real estate better and is easier to navigate. Diving into the handful of services I use regularly, I didn’t detect any changes to the actual apps, but I’ll need to spend more time with it.

Netflix and the other entertainment apps don't appear to have changed