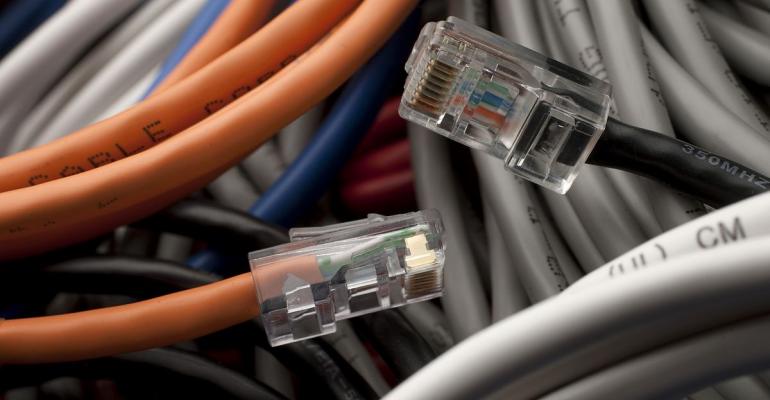 The Federal Communications Commission is expected to vote Tuesday to abandon its novel small-area plan and instead offer larger licenses covering a minimum of a county. The vote came after carriers such as AT&T Inc. and Verizon Communications Inc., who can afford to wire larger areas, persuaded the regulators to reconsider.

Bloomberg) -- Three years ago, the U.S. government decided to offer airwave licenses for small areas so factories, ports and power plants could set up their own wireless networks without relying on commercial carriers.

This week, the Obama-era experiment is likely to end before the licenses had even been auctioned.

The Federal Communications Commission is expected to vote Tuesday to abandon its novel small-area plan and instead offer larger licenses covering a minimum of a county. The vote came after carriers such as AT&T Inc. and Verizon Communications Inc., who can afford to wire larger areas, persuaded the regulators to reconsider.

Supporters of Obama initiative say the change will squeeze out smaller players who could find innovative uses for very local networks covering an area as small as a single building.

“Imagine being at the dawn of the Uber age and doubling down on taxicab medallions,” Commissioner Jessica Rosenworcel, a Democrat, said in an email. “That’s what this agency is doing.”

“The commission needs to evolve with the ever-changing marketplace,” FCC Commissioner Michael O’Rielly, a member of the agency’s Republican majority who drew up the revised plan for the airwaves, said in an Oct. 2 speech. The need for 5G networks to use the airwaves has become apparent since the FCC’s previous decision, O’Rielly said.

The new plan “does not favor any one use or favor any class of user, which was a flaw in the last administration’s rules,’ O’Rielly said in an email. “Everyone will be able to bid in an auction that will ensure that the spectrum goes to its best use.”

O’Rielly noted support for the change to county-size licenses from industries including cable providers, which increasingly are offering wireless connections to their subscribers.

The change follows a request last year from the largest U.S. mobile providers, including a petition by the CTIA trade group with members including AT&T and Verizon, and a separate request by T-Mobile US Inc.

The big carriers argued that small license areas were cumbersome to administer and the thousands of users operating wireless systems near boundaries threatened to interfere with other users of airwaves. Supporters of the small area licenses said the interference risk was small, since many systems would operate at low power and indoors. Under the FCC’s 2015 order, access would be sold in each of 74,000 census tracts. That number compares with about 3,200 U.S. counties, according to the FCC.

The airwaves in question, in a part of the spectrum known as the 3.5 gigahertz band, are host to military radars. For years, that ruled out the frequencies for most commercial uses, for fear of interference. Officials in President Barack Obama’s administration drew up a plan to let commercial interests also share the airwaves, as long as sensors could shut down transmissions to avoid fouling the military’s signals. That led to the 2015 vote.

The sharing aspects remain intact; the current FCC is changing the license size, and also extending the duration of licenses, a step it says will encourage investment by obviating the possibility of losing access after a short license term.

General Electric Co., in a filing with the FCC, said opening up the airwaves to small-area licenses could lead to a world of intelligent industrial operations, in fields including power generation and distribution, oil and gas, manufacturing, healthcare, rail, and aviation. Automated inspection and sensor technologies -- including aerial drones, terrestrial crawlers and robots -- could use the systems to provide real-time video and monitoring, GE said.

“We’re disappointed in the expected decision,” a GE representative said in an email. “It’s a missed opportunity for U.S. manufacturers, but we are committed to finding ways to provide our customers with the technology and support they need regardless.”

Under Pai, the agency has made it easier for phone companies to retire old copper lines that are expensive to maintain; limited localities’ review of antenna placement; is considering lifting some wholesale price limits for large phone providers; and most famously reversed the net neutrality rule that restricted how internet service providers, including mobile companies, handle subscriber’s web traffic.

In the dispute over the 3.5 GHz airwaves, a variety of industries have argued for the smaller, census-tract license areas. For instance, GE said it wouldn’t make sense to buy licenses covering territory that extends far beyond a site, and that it can’t count on major wireless carriers offering access to airwaves. Buying licenses covering counties would cost “well beyond what GE’s industrial and critical-infrastructure customers are willing to spend,” the manufacturer said in a December 2017 filing.

The port of Los Angeles in a filing urging the FCC to keep the small-area licenses intact said it needs “predictable access” to 3.5 GHz airwaves to share data across its 7,500-acre complex.

The American Petroleum Institute, which represents oil and natural gas producers, said its members with drilling or other operations in remote areas find that mobile providers won’t lease them the needed airwaves, or demand high prices reflecting the population of the entire market area beyond the bounds of the use.

O’Rielly has long cited problems with assigning use in small chunks. Under the plan adopted by the FCC in 2015, each census tract could be home to as many as seven overlapping licenses.

“Obviously, auctioning half a million licenses could be administratively burdensome,” O’Rielly said in February remarks at an AT&T conference center in Washington. “While FCC rules should not favor nationwide wireless providers, it must not penalize them either.”