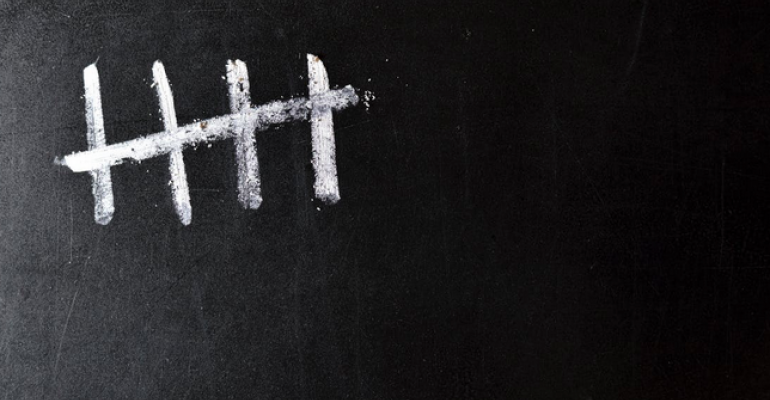 The much-awaited 5G rollout--in a handful of cities late last year and early in 2019--has included some stumbles as the 5G networks’ speed and reach have left something to be desired.

A report in March from research firm MoffettNathanson found that one of the earliest deployments, by Verizon in Sacramento, had a number of problems that are specific to the technology and could point to difficulties that will make a nationwide rollout more difficult than was initially thought.

The study suggests it may be more expensive to provide the service, and the 5G equipment--mounted on street and signal lights in Sacramento and Los Angeles--may reach fewer homes than planned.

"Our analysis suggests that costs will likely be much higher (that is, cell radii appear smaller) and penetration rates lower than initially expected,” according to the report. “If those patterns are indicative of what is to come in a broader rollout, it would mean a much higher cost per connected home, and therefore much lower returns on capital, than what might have been expected from Verizon's advance billing."

Analysts caution that it’s too early to judge a technology that’s been available only for months--since last October, in Verizon’s case--and is in limited release. Verizon is using its own 5GVTF specification for these early markets, and will later adopt the 3rd Generation Partnership Project (3GPP) 5G New Radio standard.

“If you look at what Verizon did for its 5G Home fixed wireless access roll-out--admittedly, not 3GPP compliant--it tried to manage expectations by giving a wide range of possible speed performance,” says Jason Leigh, research manager for mobility at research firm IDC. “They set the floor at 300 Mbps and scale to 1 Gbps, depending on the customer's location relative to the antenna. They've subsequently reported that customers are seeing data rates closer to the higher end of the range. While the headlines around 5G focus on 1 Gbps data rates, it will take time until signal coverage is widespread and operators are better able to account for the signal interference and propagation issues associated with [millimeter wave spectrum]. It will also be interesting to see how the speed performance holds up when low and mid-band spectrum 5G offerings from T-Mobile and Sprint,  respectively, come online.”

Meanwhile, AT&T’s debut of 5G Evolution (which is actually an improved 4G-LTE advanced technology) was found by bandwidth tracker OpenSignal to offer speeds just a bit faster than current 4G LTE speeds. AT&T brands 5G Evolution as its “first step on the road to 5G ... starting by enabling faster speeds on our existing LTE network--up to 2x faster than standard LTE.”

“These early deployments are as much about real world learning as they are commercial viability,” Leigh says. “That is why AT&T's ‘launch’ has been invitation only and primarily focused on enterprise clients. I expect much of the performance issues will be sorted out as coverage becomes more ubiquitous and operators gain more knowledge to inform equipment placement.“

Leigh says he’s not surprised about early issues with 5G, in part because of the known limitations of the technology, and says they’ll ease with time. As more 5G smartphones appear on the market, providers will focus on delivering mobile access.

He also cautions that while new 5G service uses 3GPP 5G NR, it still relies on user traffic going through the LTE network core. “The other thing to consider is that though the MiFi device AT&T has deployed is communicating with the antenna/base station at a 5G spec, the device itself still needs to be tethered to the end-use equipment, whether via USB, Bluetooth or other medium, and the performance on the customer device is dependent on the speed limitations of those devices. Speed would also be limited by the data transfer rates of the tethering medium.”

Finding optimal placement for equipment to provide users with consistent, advertised throughput is going to take time and testing, Leigh says. “5G is going to be as much about expectation management as the actual performance characteristics.”