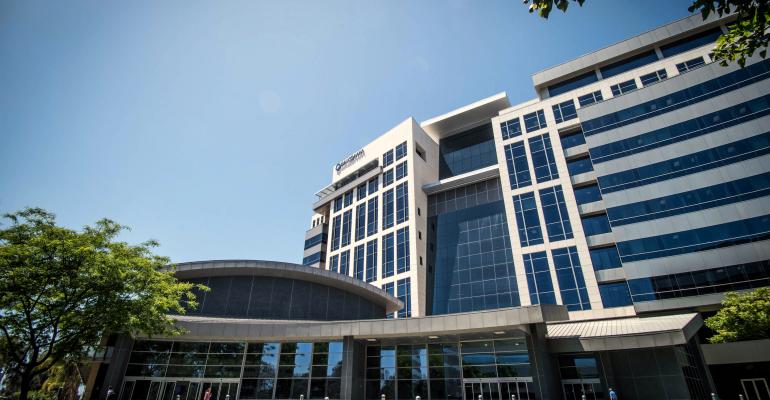 Qualcomm Says Carriers Need to Get Serious About Wi-Fi

Qualcomm Inc. said that telecommunications service providers need to jump on new technology coming to Wi-Fi or risk losing the chance to exploit the flood of data being created by their customers.

(Bloomberg) -- Qualcomm Inc. said that telecommunications service providers need to jump on new technology coming to Wi-Fi or risk losing the chance to exploit the flood of data being created by their customers.

The company is offering new chips that will enable Wi-Fi 6 connections in new wireless networking gear for homes and businesses. The technology allows more connections simultaneously and access to a broader range of radio frequencies, which enables faster data transmission.

Mesh networks, groups of small access points that relay signals and increase coverage, are the key to the improved technology, according to Qualcomm President Cristiano Amon. His company is trying to expand its customer list at a time when the electronics industry is arguing there will be an explosion of connected devices on new 5G cellular networks.

To underscore its point, the chipmaker notes that the number of connected devices per household has doubled every two years since 2012 and will average 24 by 2020. In addition, there will be 4 billion connected devices in the workplace by 2022.

Phone service providers need to embrace the transition if Wi-Fi is to continue as the home and office technology that supports cellular by handling traffic indoors. They’ll also need to shift from providing their customers with only basic modems to investing more in that technology, Amon said.

‘’We expect to see a change in the carrier view to Wi-Fi first,” he said Tuesday an event in San Francisco.

If service providers don’t offer the latest gear to their subscribers, major cloud companies such as Amazon.com Inc. will step in, offering products to users and taking advantage of their positions as managers of the connected devices and the flood of data they create, Amon said.

Qualcomm’s Atheros division competes with Broadcom Inc. to be the major supplier of chips that drive Wi-Fi access points. Qualcomm has won share in consumer devices, but Broadcom has a stronger position in modems that are offered by service providers as part of home and corporate subscriptions.

The San Diego, California-based company is one of the biggest providers of Wi-Fi chips in phones. Those chipsets act as the main processors of smartphones and modems connecting the handsets to cellular networks.