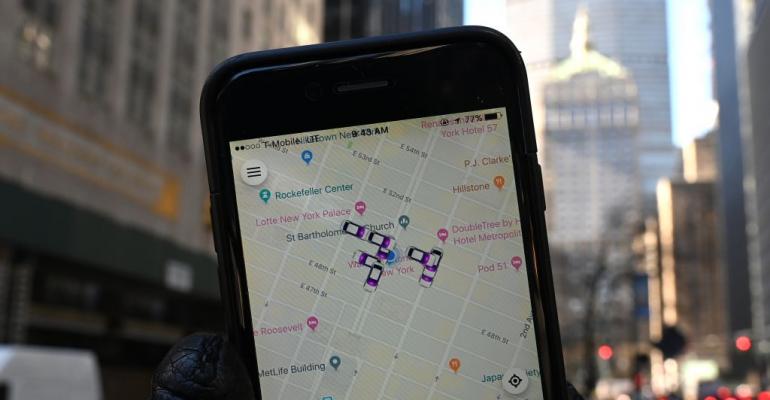 The Linux Foundation these days seems to spawn baby foundations faster than rabbits make baby bunnies. Earlier this month it announced yet another project that will operate under its umbrella: the Mobile Native Foundation.

This new project is different than most, however. It's centered around smartphones, or, more specifically, the IT infrastructure to support business models that rely on processing information from Android and iPhone apps.

The 36 companies currently listed as "supporters" (so far, the project seems to be avoiding use of the term "members") include Uber, Spotify, Slack, and Airbnb. Lyft and the online stockbroker Robinhood have donated seed code to give the new project a starting place.

"They're just a few of the libraries that we've open sourced over the past few years that we think are generally applicable in this kind of mobile infrastructure space," Keith Smiley, a staff software engineer at Lyft, told DCK. "We're still maintaining those and we will still continue to maintain them as part of the foundation, but I think that this puts some weight behind the idea that we're really supportive of this as a good place for this kind of software to live."

The donated software also serves as a starting point for the new foundation to start building a community of open source developers.

"I like to think that in the past we would have been happy to accept open source contributions," Smiley said. "I think the cool thing about this software living in a foundation is that we can democratize the leadership around the projects, so that people don't have to worry about not being able to influence the roadmap, because it will no longer be specific to just Lyft."

A main component of the new project will be networking, he said, adding that he hopes it will offer a way for developers who are currently working in relative isolation, from locations outside large tech hubs like Silicon Valley or Seattle to have a way to network with other devs working on similar projects with similar issues.

Another major goal is to collaborate on new open source projects so that companies don't duplicate efforts.

"A lot of these companies do the same things for different types of infrastructure," he said. "They end up writing a lot of their own infrastructure and they never really share it, or talk about it, or anything like that. We think there's a good opportunity for us to try to plan some of this together, so that we can write stuff in the open, solve our problems, also solve other people's problems, and reduce that duplication across the set of companies."

Smiley said one of the reasons companies that deploy mobile apps at scale are writing so much of their infrastructure from scratch is that vendors of mobile app platforms aren't offering solutions capable of meeting the needs of companies like Lyft, Capital One, Target, or Rakuten. This has left these "mobile hyperscalers" to design specialized software that works in tandem with traditional enterprise stacks utilizing containers, virtual machines, and the like.

"We feel like the platform vendors are mostly focused on the smaller shops, since that's such a vast amount of the apps out there," he said. "I think a lot of the scaling issues that companies in our size hit are really well solved by the default software stacks."

Mobile-focused tech companies also face other challenges that are unique to the mobile app arena. For example, iOS apps have to be built using macOS machines, which leads to the need to deploy Apple hardware in addition to x86 machines.

"At Lyft we have a few data centers with a bunch of Mac minis hosted in them, which is kind of a norm right now," he said. "A lot of companies are hosting their own stuff, even though we may or may not have the expertise to do that well, so it's not particularly our favorite thing to do."

That aspect is being alleviated somewhat, he added, since AWS started offering on-demand macOS instances on its Elastic Compute Cloud last year.