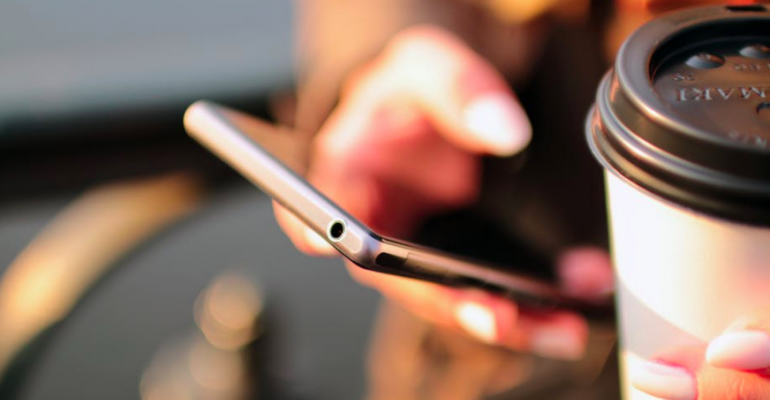 Do cell phones cause cancer? A handful of news stories popped up recently with headlines that appeared to suggest that heavy cell phone use could lead to increased risk of certain types of cancer. The stories followed a report from a panel of scientists and pharmaceutical industry experts who met in March of this year to review a large U.S. government study at the National Toxicology Program.

The Guardian, for example, ran a worrying piece titled “The inconvenient truth about cancer and mobile phones,” suggesting there was evidence that the panel reviewing the study found a link between cell phone radiation and cancer--in about 3,000 rats exposed to RF waves for nine hours a day, for two years (equivalent to about 70 years for a human). However, the following week, the same newspaper ran a piece by physicist and cancer researcher Robert Grimes at Queen’s University Belfast, which strongly refuted the idea that the study shows RF could lead to cancer.

The average smartphone user could be forgiven for having a case of science-driven whiplash. Do cell phones cause cancer--or not?

“This topic seems to pop up every once in a while,” says Kim Johnson, a physicist and former president of the New Mexico Academy of Science, who’s frequently studied the issue. “I know of no evidence that would support any claims of cell phones causing cancer.”

Here’s what we do know: The study found that the rats under intense doses of cell phone radiation had higher rates of cancers of the heart and brain than those that were not, in the control group.

Does that mean cell phone radiation actually caused cancer in the study--or could cause cancer in humans? It’s unclear, and Grimes cautions against stating a causal relationship between cell phones and cancer based on the study.

“The NTP results raise several questions about methodology and interpretation but certainly do not show RF leads to cancer,” Grimes wrote. “What matters is whether consistent trends are seen across many studies. Indeed, a multitude of studies have been performed to this end, and as the World Health Organisation states, there has been no evidence of detrimental health effects: ‘A large number of studies have been performed over the last two decades to assess whether mobile phones pose a potential health risk. To date, no adverse health effects have been established as being caused by mobile phone use.’”

Radiofrequency (RF) radiation is non ionizing, meaning it doesn’t carry enough energy to remove electrons from atoms and molecules. Other forms of non-ionizing radiation include visible light, infrared heat lamps, the UV bulbs in tanning beds and microwave ovens. Non-ionizing radiation can move or vibrate atoms but not remove them. For example, a microwave causes water molecules to vibrate, creating heat.

“One thing that is true,” Johnson says, is that "there has never been a mechanism determined in which radio frequency radiation would cause cancer or tumors, except for every high levels that can cause heat. And I mean more than just a degree or so. Heat can disrupt a number of chemical reactions in the body.”

Ionizing radiation includes X-rays, gamma rays and other forms of high-energy radiation. They can damage DNA and cause cancer.

Grimes points to a 2012 study of 5,000 people from 13 countries that found no increased risk of cancer by studying patients with brain tumors. And, as is often the case, the study called for … further study: “The possible effects of long-term heavy use of mobile phones require further investigation.”

Some scientists have pointed out that more reliable results would come from a large study that focuses on humans, not rats. Even if cell phone radiation exposure was proved to cause cancer in rats, it’s not guaranteed the findings could be extrapolated to humans.

Here’s the American Cancer Society’s take on that: “Some aspects of this study make it hard to know just how well these results might be applied to cell phone use in people. For example, there was no increased risk among female rats or among male or female mice in the study. The doses of RF radiation in the study were also generally higher than those used in cell phones ... the animals’ entire bodies were exposed, and the amount of time they were exposed was longer than most people typically spend on the phone each day. The male rats in the study exposed to RF waves also lived longer, on average, than the rats who were not exposed, for unclear reasons. Still, the results add to the evidence that cell phone signals might potentially impact human health.”

Another potential limitation of the NTP study: The rats were exposed to cell phone frequencies used in GSM and CDMA phones (2G), which are still used in the U.S. for calling and texting, though newer 3G and LTE phones use less power.

So, do cell phones cause cancer? The bottom line is: We don’t know. But scientists argue that studies in humans have not shown a casual relationship, and to claim otherwise suggests a lack of scientific rigor.

While the International Agency for Research on Cancer (IARC) calls RF “possibly carcinogenic to humans,” according to the Centers for Disease Control and Prevention, “we do not have the science to link health problems to cell phone use. Scientific studies are underway to determine whether cell phone use may cause health effects.”

Until science catches up and definitively answers the question "do cell phones cause cancer," the American Cancer Society recommends using a wired or wireless headset to move the antenna away from your head, decreasing the amount of RF radiation your head absorbs. The society also suggests texting instead of calling when possible and limiting use of children’s time on cell phones.

What You Need to Know about the Imminent iPhone Updates
Sep 06, 2018