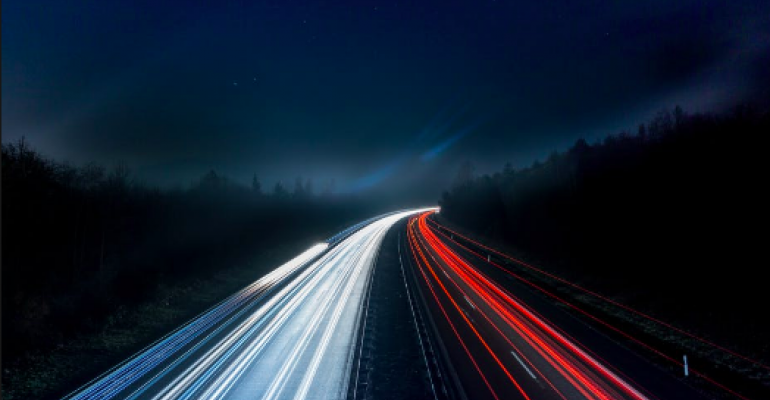 5G Networking: What to Expect and How to Get Ready

5G networking is the all-IP (yes, for voice, as well) broadband wide-area wireless technology we’ve been waiting decades for.

Every new generation of cellular technology, or “G” as each is known, has brought with it a level of excitement that is otherwise rare in high-tech today. And, considering all that 5G networking promises, it’s still easy to get excited, even for those of us with a very long history in wireless. 1G was analog cellular, with dial-up-modem-class throughput: 14.4 Kbps, when it worked, anyway. 2G was fully digital for voice and data, but still slow. 3G got us to megabit-class speeds, on a good day, and 4G unified wide-area wireless under the LTE single-technology banner, with up to 10 Mbps performance, even if we didn’t get everything over IP. 5G, though, is more than just the next evolutionary step enabled by advances in underlying wireless and network technologies. 5G is so important and capable, in fact, that there might not be a 6G.

5G networking is the all-IP (yes, for voice, as well) broadband wide-area wireless technology we’ve been waiting decades for. It's  suitable for any application, but the real mission of IP is to replace wireline wherever possible. Whereas Gs 1-4 were all about augmenting wireline services, 5G aims to enable users to go wireless no matter what they want to do--from infrequent narrowband internet of things (IoT) applications to gigabit speeds--in both fixed and fully mobile settings.

That’s a lot of throughput, and way more than most users will likely need except in rare cases. But as a replacement technology, 5G is more about provisioning capacity--the ability to support a broad mix of simultaneous users and applications--than it is about single-user raw throughput. One of the keys to this performance, beyond the traditional approach of cramming more data bits on the air per units of bandwidth and time, is reducing the end-to-end latency (delay) within a given 5G networking system itself. So, be it voice, data, video, huge Web pages, collaborative conferencing applications, or whatever, 5G mobile will have the horsepower to make everyone happy.

A key challenge to realizing this broadband utopia, though, is the lack of radio spectrum available in many locales. While more will be made available via the (albeit expensive) auction process, 5G installations will often compensate by the utilization of small cells with each of these covering less geographic area than has typically been the case to date. This means that a lower transmit power can be used, conserving battery life on handsets, and especially that radio spectrum can be re-used more often, again increasing capacity.

Two other interesting features of 5G: First, it’s very likely that 5G networking will make use of the so-called millimeter-wave bands above 30 GHz. These have traditionally been difficult due to the cost of the electronics involved and the limited range and directionality of signals at those frequencies. Given the large amount of spectrum potentially available here, however, this opportunity will likely prove simply too tempting to ignore, and advances in radio technology will enable millimeter waves to serve even mobile handsets in many cases. We also expect to see extensive use of millimeter waves in the backhaul (interconnect) links between cells. Second, 5G will also offer better connectivity at high rates of client motion, so broadband from a bullet train or self-driving car at autobahn speeds should eventually be quite common.

So, then, what should you be doing now to get ready for 5G? Given that the buildout of these networks is the responsibility of the wireless carriers, there’s not really much you need to do at present. We believe that, even as experiments with early 5G networking technologies are underway now, it will be on the order of five years before what we call “critical mass” occurs--meaning sufficient availability so as to enable users to depend upon such. Just as we still see lots of 3G (and sometimes earlier) service here in the 4G era, 4G itself will continue to be around for quite some time. There won’t be any immediate pressure to upgrade handsets and related devices; rather, normal, user-driven refresh cycles will still prevail with a gradual uptake of 5G mobile over time.

We do, however, suggest some things to add to your longer-term to-do list:

Want to experience 5G now? Believe it or not, we already have 5G, in the form of WiFi solutions based on the IEEE 802.11ac standard (look for the so-called “Wave 2” products). Trying out (or, more likely, deploying) .11ac Wave 2 will give you a pretty good idea of what to expect with 5G. And, hey, I’ll bet you already have, right? Imagine that level of performance everywhere. See, I told you this would be exciting!