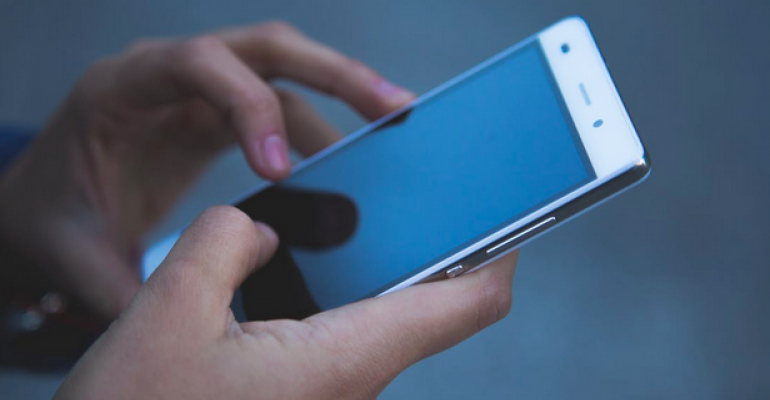 5G Cancer Concerns: Should You Worry?

5G cancer concerns have been raised, in part, because 5G operates at a higher frequency than 4G.

Lawmakers and some advocacy groups have recently raised concerns about the rollout of nationwide 5G cellular networks, arguing that they may pose a greater health risk to users than in previous cellular networks. Most scientists agree, however, that there’s little evidence of danger or reason to believe that 5G networks pose new threats.

Concerns have been raised, in part, because 5G operates at a higher frequency than 4G. Late last year, U.S. Sen. Richard Blumenthal (D-Conn.) and Rep. Anna Eshoo, (D-Calif.) called on the FCC to establish the safety of 5G technology.

“We need to know whether the radio frequencies can cause cancer,” Blumenthal said in a press conference. “There is also a peril of health hazards associated with radiofrequency that is higher and requires more transmitters and antennas.”

Part of the safety concerns center on the large number of 5G base stations that will need to be installed around the country to cover the same areas previously covered by 4G equipment. 5G networks offer faster speeds and less latency than 4G, but they transmit and receive over shorter distances than previous cellular networks, requiring more hardware. Small 5G antennas can be located on buildings or even lamp posts.

Yet, there’s no evidence that 5G cellular networks, which use less power than 4G networks, are cause for concern. While it’s true some 5G networks will transmit and receive data using higher frequencies than 4G networks, they’re still operating at a much lower frequency than ionizing radiation like X-rays and gamma rays, which can indeed damage DNA and cause cancer.

“Most proposed 5G applications will operate in or just below the millimeter wave band--in the range 30 to 100 GHz--although some 5G applications may operate at lower frequencies closer to present-day cell bands,” said Kenneth R. Foster, a professor of bioengineering at the University of Pennsylvania. “Millimeter wave energy is absorbed within 1/2 mm or less into skin, and I can't conceive of a hazard from such exposures at foreseeable levels. Millimeter waves are just below the infrared region of the spectrum--which also is absorbed at skin level. You will get much more exposure to electromagnetic radiation by standing under a heat lamp in your bathroom than from any foreseeable 5G system.”

In terms of a health threat, most academics who study the issue say there’s no clear evidence of that cell phone use causes danger to humans.

Last year, a report was issued by the U.S. National Toxicology Program following a large 10-year study of the effects of radio frequency radiation (RFR) on mice and rats. Researchers found tumors in male rats exposed to large amounts of radiation--9 hours daily--of the type used by 2G and 3G cell phones.

So while a clear link was found between high levels of 2G and 3G RFR and tumors in male rats, the same can’t be said for people. Or even mice. Only male rats were found to develop tumors, not female rats and not mice. Also, oddly, the male rats who developed tumors were found to live longer than the rats in the control group who were not exposed to RFR.

The study did not look at other types of RFR like Wi-Fi or 5G.

“5G is an emerging technology that hasn’t really been defined yet. From what we currently understand, it likely differs dramatically from what we studied,” said Michael Wyde, lead toxicologist on the studies, in a statement.

John Bucher,  a senior scientist with the National Toxicology Program and co-author of the study, said there isn’t enough evidence yet to establish whether 5G poses a health risk.

“The short answer is that we don't yet know,” Bucher said. “But the prediction from the physicists is that penetration into the skin would be expected to be less than for the lower frequencies, so lower hazard. I can't really give you an answer about the larger number of antennas as it's a complicated calculus of distance from the antenna, power level, frequency and perhaps signal modulation.”

“A cell system is designed to provide a usable signal throughout its service area, and strong signals are neither useful nor conducive to the effective operation of the system,” he said. “Think of trying to light a large parking lot, either using high-intensity light fixtures on a few tall structures--analogous to the first generation of cellular systems--or using a multitude of small light bulbs on lower structures, analogous to 5G. Of course, if you have a lot of low-powered RF transmitters on the tops of light poles, there are more opportunities for people to get very close to them. Also, the more complex beam patterns from 5G systems will make compliance issues more complex to deal with. In brief, microcells have to be installed carefully to maintain required compliance distances, perhaps a foot or so depending on the system.”

Foster points out that for these reasons and others 5G is less of a health threat than using a phone on a drive in to work.

“My usual advice about cell phones applies to 5G, as well,” Foster said. “Don't drive and use a cell phone, 5G or otherwise.”