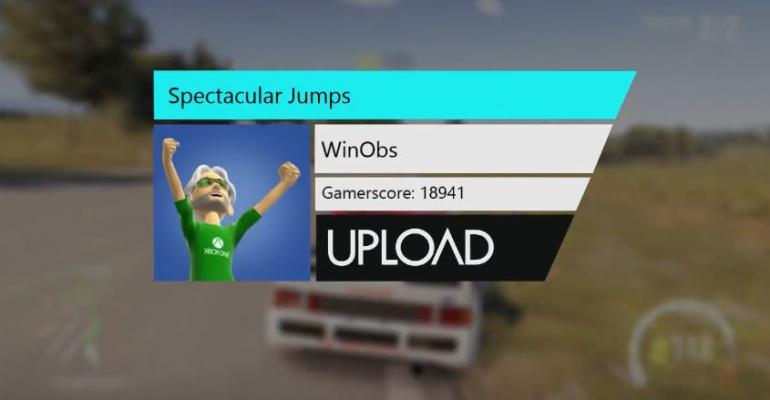 Xbox One Upload Studio app updated and rolling out to consoles

Microsoft’s Xbox One console has the ability to record a 30 second clip of gameplay while you are engaged in various games on the console.  These game clips can be automatically recorded when a signficant event happens on screen like a spectacular crash in Forza Horizon 2 or a touchdown is scored in Madden NFL.

The gamer also has the ability to initiate a game clip being recording by simply saying Xbox record that during a gaming session if they have Kinect.

These 30 second clips are great on their own but typically the event which triggered the recording lasts just a few seconds. So imagine being able to take a collection of these clips and build your own compilation of crashes or touchdowns?

Well that is where Upload Studio comes into play and this recent update brings a host of new features requested by users:

Here is a sample of what is possible with this massive update to Upload Studio and it took me less than 15 minutes to do this from start to finish including updating the app (250MB download).

Finally, check out Xbox Live’s Major Nelson, aka Larry Hryb, as he introduces all these new features.

The potential for this is more than just sharing gaming clips though. With the Kinect integration for video and audio someone could record their own video cast using these tools and then share the recorded clip to OneDrive. The MP4 file could then be uploaded in HD to YouTube or another video sharing site for distribution and with a  maximum length of 30 minutes that is a lot of time to work with.

Hmmmm, this now has me thinking of so many possibilities.

But, wait...there's probably more so be sure to follow me on Twitter and Google+.
2 comments
Hide comments
Related