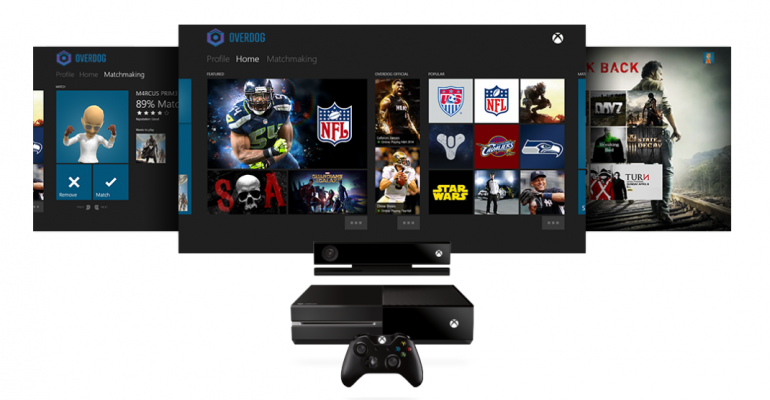 If you are a participant in the Xbox One Preview program you will find an unexpected message on Xbox Live from the preview team with a code which can be redeemed for access to Overdog.

I have never heard of Overdog so I went off in search of their website to understand exactly what I was being invited to participate in.

A quick visit to their website at www.overdog.com begins the introduction:

Overdog helps you game with people who share your same interests in sports, music, movies, and more.

Instead of gaming with anonymous people in your favorite games (Assassin's Creed, Call of Duty, and Madden to name a few), wouldn't you rather game with people you have something in common with? Stop letting the console tell you who to play with. Game with people who feel like friends.

Overdog will be available in the Xbox One app store this March 2015. Coming soon to other platforms.

It sounds like setting up your profile is done by indicating your likes for different things such as sports teams, music, movies, TV shows, etc.  Using that information Overdog will recommend others who have similar likes.  You will be able to review how well you match up and then connect with those users you choose and add them to your list of preferred gaming partners.

Well one of the things I dislike about the randomness of the current multiplayer options on Xbox Live is the issue of language. I personally choose not to use vulgar language and so I do not like it when I am in a live game and that comes blaring across my speakers or headset.

I know at that point I can mute their voice but that kind of defeats the purpose of multiplayer gaming and interaction.

So instead I avoid the multiplayer aspect or I curate my own groups/individuals to game with who have similar preferences.  Maybe Overdog can offer that type of matchmaking as well.

Unfortunately, I have nothing to report on the service because once I redeemed the code sent to me by Xbox Live any attempt to access the service stops with a network error with the Overdog service.

So once I do get online with it I will get some screenshots and share my first impressions.