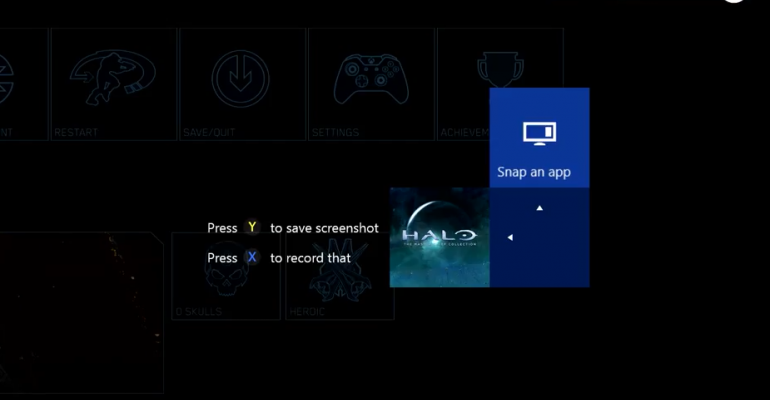 Xbox One March update finally bringing screenshots to the console

Update: According to a seperate post on the Xbox Wire news site the screenshot capability is not yet implemented:

In the initial preview build, the sharing functions are not yet enabled, but you can start capturing screenshots and using them for your backgrounds.

Sorry for any confusion.

Just a few minutes ago Xbox Lives’ Major Nelson, Larry Hryb, announced that the Xbox engineering team has released the March update for preview program participants and this is the one that brings the ability to take screenshots to the console.

In fact, I am in the process of downloading and install the March preview on my own console right now. If it gets done in time I will post one of my first screenshots.

There are of course other updates in this release:

- Upload App – The Upload app is being updated so that you can manage your screenshots in addition to your game clips. You can use a screenshot as your background, by viewing the screenshot in full-screen mode from the Upload app, then, press the Menu button and select Set as background.

- Suggested friends – With the suggested friends feature, the Friends area in home and your friends list will help you find and add friends. Suggested friends will include people you might know, so you add more friends to game with, and top community broadcasters and clip creators, so you can get more great content in your activity feed.

- Privacy & online safety settings – We added a new setting for sharing voice search data to create an option for users to allow collection and analysis of voice data when they use Xbox – Bing to search.

- Report spam – The Messages app has an added option to allow you to notify Xbox when you receive spam. You can now select a specific message, press the A button and then select Report -> Spam to report a specific message as spam.

- OneGuide for Australia – Support for OneGuide will continue in preview in Australia for free-to-air TV listings.

I was able to capture screenshots without any problem, like them and make them the background of my console however, any attempt to share the image so I could post it here was met with this dialog:

Might just be related to the roll out of the March update to preview participants so I will keep an eye on it. The process to get the screenshot as described above is very easy.

It may be a small thing but this screenshot functionality is a huge update and something users have wanted for a very long time. Prepare your Twitter feeds because something tells me this is going to get exercised pretty heavily in the very near future.

Here is an overview video of the entire update from Major Nelson:

But, wait...there's probably more so be sure to follow me on Twitter and Google+.
3 comments
Hide comments
Related