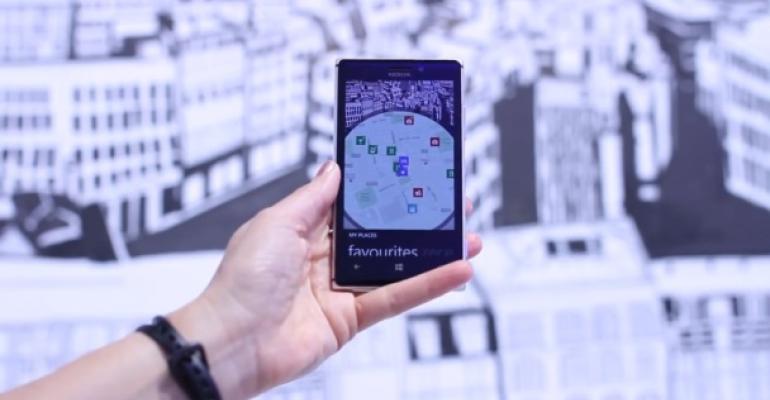 And it's all thanks to Nokia ... And a nicely declining Blackberry

It’s all coming together, baby: Windows Phone has surpassed Blackberry to become the number three smart phone platform in the world, behind Android and iOS. OK, maybe it’s not that dramatic. But in the battle for ecosystems, Microsoft and Nokia are betting that there can be only three.

Frankly, so am I. Looking at the two systems that dominate the market right now, I see nothing interesting. Windows Phone, by comparison, is simply better.

But enough about me, I’m sure you know where I sit in this conversation. This week, IDC issued its Q1 2013 smart phone market share report. As expected, Android utterly dominates, with 75 percent market share, and iOS comes in a distant second with 17 percent share. From a news perspective, the big story is about the fall of Apple’s iOS, which used to partake in an effective smart phone duopoly with Android.

Here, however, I’d like to briefly discuss Windows Phone.

Windows Phone is now the third biggest smart phone platform in the world, according to IDC.

Windows Phone experienced the largest growth of any smart phone platform by far, jumping 133 percent year-over-year, more than doubling its sales. (The next highest growth was Android, with 80 percent, and iOS saw just 6.6 percent growth.)

Windows Phone’s ascension to the third spot did not happen just because Blackberry is struggling so badly. Sales of Blackberry handsets fell 35 percent in the quarter, year over year, from 9.7 million units a year ago to 6.3 million this past quarter.

Here’s how IDC described it.

“Windows Phone posted the largest year-over-year gain among the leading operating systems, more than doubling its size from a year ago,” IDC wrote. “Nokia was largely responsible for driving these volumes higher, accounting for 79.0% of all Windows Phone shipments during the quarter. Since Nokia began shipping Windows Phone devices, the company has shipped a total of 20.3 million units and grown the footprint worldwide to include address multiple market segments. Meanwhile, other vendors continue to offer Windows Phone devices, but mainly as an alternative to their signature Android devices. Still, the gains made by Windows Phone demonstrate both end-user demand and OEM support.”

“Windows Phone claiming the third spot is a first and helps validate the direction taken by Microsoft and key partner Nokia,” said IDC research analyst Kevin Restivo. “Given the relatively low volume generated, the Windows Phone camp will need to show further gains to solidify its status as an alternative to Android or iOS.”

Indeed. So, good news. Not a blockbuster, but solid progress, and a third place, if distant third place, finish.