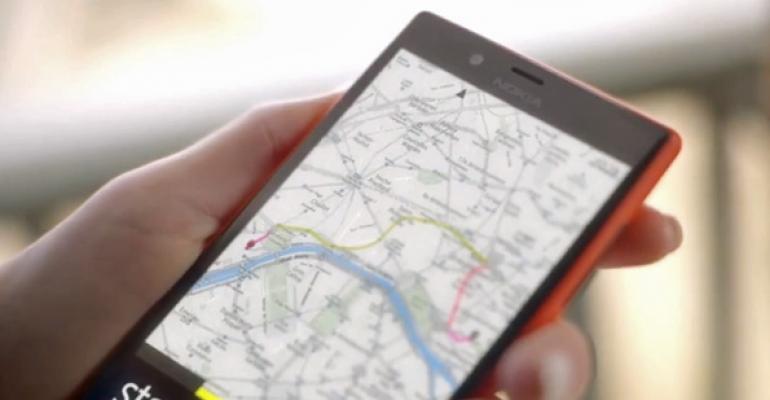 Here is a second update to the Maps + Location chapter in Paul Thurrott’s Guide to Windows Phone 8. This chapter was previously split off from the Search chapter and will in fact be heavily revised again in a future update to cover the Nokia HERE Maps and Drive/Drive+ apps. This version covers Bing Maps and Local Scout.

This update in fact represents a rough first draft of this chapter, as it will stand in the initial 1.0 version of the book. In a future 1.1 version of the book, I will update it to cover those Nokia HERE apps as well. This is sort of a cheap way to help “finish” the initial version of the book in some ways. But since my family will be traveling in Europe soon, I thought it would be interesting for the Nokia HERE Maps and Drive/Drive+ apps coverage to include some slightly more exotic areas than we see here in Dedham.

This was originally part of a chapter I worked on very early in the process, back in late 2012. When I split off Search from Maps/Local Scout as part of a TOC reorg, I didn’t update it to support the task-based approach, and while I issued a single earlier revision of the chapter, there were no actual substantive updates. So this version of the chapter is significantly updated, with the task-based approach seen elsewhere in the book plus a lot of new content.

I’m getting pretty close to the finish line now, temporary though it may be. All I need to do now, I think, is finish a final update to the User Experience chapter and then go through the full book one last time. That’s 1.0.

Feedback is always appreciated. This one is probably pretty rough.