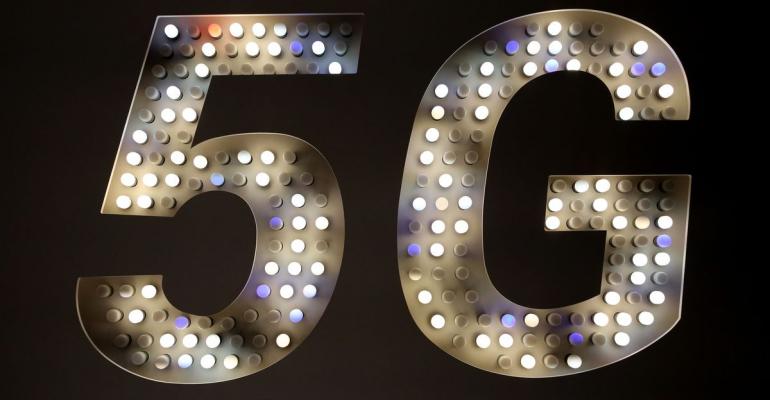 Why 5G Will Arrive With a Whimper, Not a Bang

The new, faster networks' greatest immediate benefit will be to the carriers, which can use the technology to keep costs down and prices high.

(Bloomberg Opinion) -- Not all 5G is created equal. That’s the takeaway from this year’s Mobile World Congress, the telecommunications industry’s annual confab.

Set aside the furor around Huawei Technologies Co. Ltd. for now. I want to talk about how the next generation of mobile connectivity is being rolled out and used. The irony is that early 5G looks more like an extension of 4G than the cataclysm that has been promised. The full potential of the technology won’t be exploited until it finds its way into smart factories and power grids.

The first networks will arrive this year. At the show in Barcelona, Sprint Corp. joined rivals AT&T Inc., Verizon Communications Inc. and T-Mobile US Inc. in outlining plans to roll out 5G in nine U.S. cities in the first half. Firms in South Korea and Japan have similar ambitions, and trials are underway in Europe.

But the case for consumers and companies to use these networks look thin as of now. Their greatest immediate benefit will be to the carriers, which can use the technology to keep costs down and prices high. In the U.S., where average revenue per user is gradually dwindling, it should make it easier to justify charging as much as $100 a month for a mobile contract. And as the growth of online video creates a surge in demand for data, it costs about half as much to deliver that content with a 5G network than over 4G.

The technology looks, therefore, to be about delivering large chunks of data efficiently rather than quickly. But that’s not necessarily a problem, since there is little demand, as yet, for the low latency (read: super-fast speed) that 5G can provide.

Of course there were the gimmicks: seemingly every company had musicians collaborating over a 5G network, because the absence of any time lag means they can. And there were handsets from Samsung Electronics Co., LG Electronics Co. and Huawei. Those product launches seemed, if anything, to be a tacit admission that customers are buying new phones less regularly. Given that most people won’t have access to 5G networks for several years, it seems to suggest the life-cycle of each handset is extending to three or four years, rather than the two years that have been typical of the past decade.

But it was clear from most demonstrations where companies expect the real demand for 5G to come from: business and industry – things like water quality monitors, adaptive robotics and augmented reality for field engineers.

Even Magic Leap, the augmented reality startup that’s raised $2.3 billion from investors including Google and JPMorgan Chase & Co., announced something of a pivot. Having long been adamant that its headset was targeted primarily at artists and creatives, the firm said it will now target business applications.

It’s the nature of these conferences that the technology on display won’t become widespread for several years. So the network gear the firms showed off in 2018 is only just being deployed this year and next. You can infer the same for the industrial applications – they will take time. Nokia Oyj estimates that there are 7 billion connected devices today, mostly cell phones, but that number will surge to 100 billion by 2025 as factories, cars and household appliances get connected.

The first step of 5G should good news for carriers, as long as governments don’t force them to spend too much money too quickly on the roll-out. They should be able to reduce costs and plump up prices. But it will only be when 5G’s industrial applications start to become widespread that the revolution will really begin.