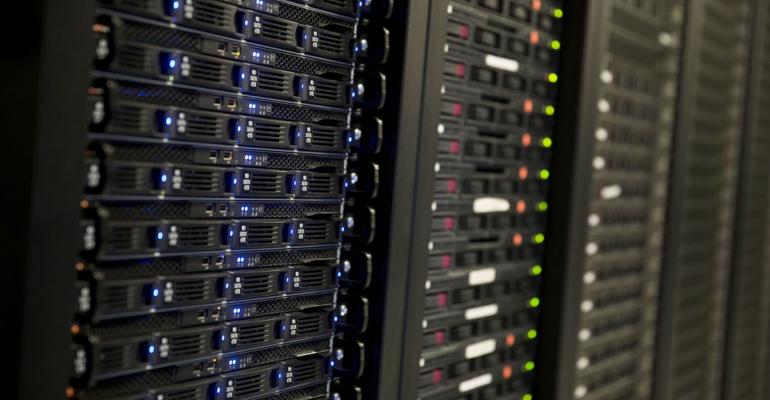 U.S. regulators and the wireless industry are pushing back against a plan under discussion by the Trump administration to build a secure 5G network -- possibly with government control -- amid concerns about China and cybersecurity.

(Bloomberg) --U.S. regulators and the wireless industry are pushing back against a plan under discussion by the Trump administration to build a secure 5G network -- possibly with government control -- amid concerns about China and cybersecurity.

The Republican head of the Federal Communications Commission also issued a statement in opposition to any government control, suggesting that the wireless industry is best positioned “to drive innovation and investment.”

"I oppose any proposal for the federal government to build and operate a nationwide 5G network,” said FCC Chairman Ajit Pai, who was appointed by President Donald Trump. “Any federal effort to construct a nationalized 5G network would be a costly and counterproductive distraction from the policies we need to help the United States win the 5G future."

The wireless industry also appeared to throw cold water on the plan with a leading trade group whose members include  AT&T Inc. and  Verizon Communications Inc. saying Monday it sees a competitive marketplace as the best option for ensuring the U.S. leads in 5G technology.

The statements were in response to reports that the Trump administration is in preliminary talks with U.S. and European companies about pushing 5G technology possibly with federal funds, although key decisions over funding and control haven’t been reached, according to two administration officials familiar with the plans who discussed the deliberations on condition of anonymity. The government aims to decide on a plan by the end of September and build it out over the next few years, said one of the officials.

If the U.S. opts for one secure network rather than multiple systems, the main unresolved questions would be what portion of the project would be taxpayer funded, and whether it would be owned by the government, a private consortium or some combination of public and private entities, one of the officials said.

If the federal government directly participates in building a wireless network intended for commercial use, it’d be a departure from the decades-long tradition of auctioning licenses to telecommunications companies to build their own networks.

“What government can and should do is to push spectrum into the commercial marketplace and set rules that encourage the private sector to develop and deploy next-generation infrastructure,” Pai said in his statement.

A handful of carriers, including Verizon, have already been moving from trials to deployments of the next-generation wireless network known as 5G. Most mobile-phone companies are targeting 2020 for the initial roll-out of the technology, which promises 10 times faster speeds and lower latency, or lag time, in transferring data when it’s requested.

"The wireless industry agrees that winning the race to 5G is a national priority,” Meredith Attwell Baker, president and CEO of CTIA, the trade group including the largest wireless carriers as members, said in a statement Monday. “The government should pursue the free market policies that enabled the U.S. wireless industry to win the race to 4G."

The Trump administration is in contact with U.S., European and Asian companies, but not Chinese firms, one of the officials said.

Engineers are still trying to figure out how to make 5G work. Rain, fog and trees have long been the enemy of high-frequency radio waves. Given the relatively short, fragile nature of 5G signals, carriers have to configure networks differently. They’re shifting more of the network hardware from tall towers that are scattered to spread signals over broad areas, to smaller, more clustered sites like rooftops and street poles.

Axios, citing sensitive documents it had obtained, reported earlier Sunday that Trump national security officials are considering a takeover of part of the nation’s mobile network to guard against China. The best way to protect against China -- the “dominant malicious actor in the Information Domain” -- is for the U.S. to build a network itself and then rent access to carriers such as AT&T, Verizon and T-Mobile US Inc., Axios quoted a memo as saying.

One of the officials dismissed the notion of a “takeover” referenced by Axios as not part of the administration’s thinking.

“Thanks to multibillion-dollar investments made by American companies, the work to launch 5G service in the United States is already well down the road,” AT&T said in a statement. “We have no doubt that America will lead the 5G revolution.”

The company didn’t comment on whether it was in talks about a government-run network. Verizon, Sprint Corp. and T-Mobile didn’t respond to requests for comment late Sunday.

According to the documents, a secure 5G network is critical to create a secure pathway for new technologies like self-driving cars and virtual reality, Axios reported.

U.S. lawmakers have sounded alarms about the growing power of Huawei, the Chinese network equipment maker that’s expanded its market share around the globe, with its products operating networks in Europe and Latin America. A government-backed plan to accelerate the development of 5G in the U.S. would require support from Huawei’s top rivals, such as Nokia Oyj and Ericsson AB.