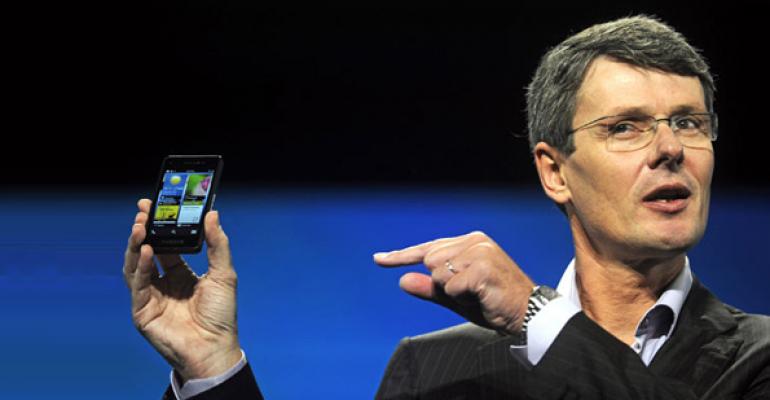 Is There Still Room for Blackberry and Windows Phone?

It's possible the smart phone market has already been settled

There used to be two major players in the smart phone industry, Nokia, which dominated the world outside of the United States (probably outside of North America), and RIM, which was dominated here in the US. Today, both Nokia and RIM are circling the drain. Now there are two major players again, Android and iPhone. Does this leave any room for rival platforms at all?

There are only two that could matter: RIM Blackberry and Microsoft’s Windows Phone.

I wrote off RIM a year ago and don’t think anything has changed since then. In fact, it’s arguably worse: RIM still hasn’t shipped the Blackberry 10 system we were waiting for back in 2011. But for some reason, there’s a bit of interest in Blackberry 10 currently, and leaked images of the first BB10 handset are notably popular.

I can’t understand why anyone cares, and I suspect that this is in fact trumped-up tech blogosphere goonerism at work, and not actual consumer interest. Blackberry’s share of the market has been on a downward slide for years and it shows no sign of reversing. I don’t honestly think that BB10, no matter how good it may be, will change a thing.

And that’s a problem because this is an issue that also affects Windows Phone.

I love Windows Phone. Always have. But it suffers from the same exact problems as Blackberry. Low consumer interest. And an absolutely baffling lack of support from the parent company with months of silence followed by bizarre pronouncements that never come to pass, and a weird insistence that if they just build it, users will come.

The users are not coming, guys. So far.

There was that Microsoft assertion about Windows Phone 8 doing about “four times” as well during its launch period as its predecessor, of course. And while I’ll half-heartedly mention the joke question about what’s four times zero, I will say more seriously that this figure probably says more about Windows Phone 7 than it does about the current product.

Granted, IDC sees Windows Phone (2.6 percent today, up to 11 percent in 2016) as establishing itself as a weak third platform, while Blackberry stagnates at ~4 percent. But the fact remains that ~85 percent of the market—a monopoly sized figure—is Android and iPhone. Today and in the future.

And that’s a problem.

You don’t have to be a student of history (or, I suppose, economics) to understand that consolidation is both natural and unavoidable. Back in the early days of the personal computing market, for example, there were any number of contenders—Apple, Atari, Commodore, Radio Shack, Texas Instruments, and many others—and the market naturally consolidated down to two, the PC and the Mac, a situation which, amazingly (or not) continues to this day, 30 years later.

The good news is that when you look at more recent personal computing markets, for smart phones and tablets, these are indeed new markets. Things can and will change, and quickly, and nothing is written in stone. The iPhone already surprised everyone by storming to the front from nowhere, and then Android surprised yet again by doing so even more emphatically, and even more quickly.

But don’t you just get the feeling that things are settling in on the smart phone side? That we’ve reached a point where this is just the way things are going to be? Windows Phone, like the Amiga in the early 1990s, is better than the competition in ways I find meaningful. But no one seems to be noticing. Just like the Amiga.

We’ll see what happens. RIM will deliver Blackberry 10 and one or more new phones and people and businesses either will or will not buy them. Windows Phone 8 will certainly perform better than its predecessors (not that that’s a high bar) but it remains to be seen whether it can ever really rise out of single digit usage and market share.

2013 is going to be a make or break year for both Blackberry and Windows Phone, I bet.