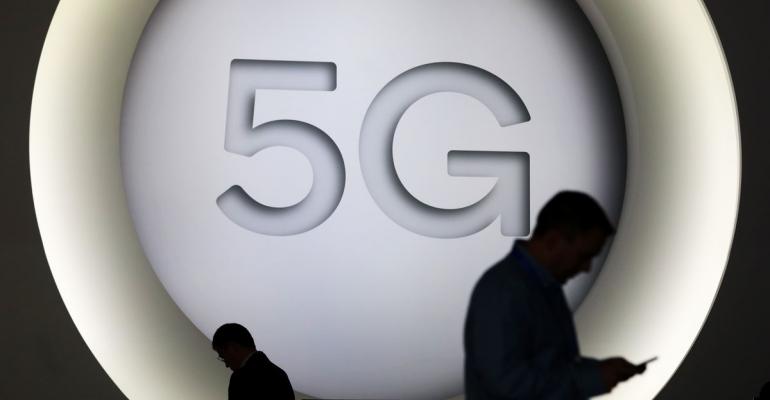 The wireless carrier set a May launch of its 5G mobile-phone service in four of the nine cities it’s targeting in the first half of this year. That might make it the first carrier out of the gate in a race with rivals to snap up early adopters of the next-generation wireless platform.

(Bloomberg) -- Sprint Corp. has put a 5G date on the calendar.

The wireless carrier set a May launch of its 5G mobile-phone service in four of the nine cities it’s targeting in the first half of this year. That might make it the first carrier out of the gate in a race with rivals to snap up early adopters of the next-generation wireless platform.

The launch date was part of a series of 5G-related announcements Monday in connection with the start of Mobile World Congress in Barcelona. Sprint also said its service would be integrated with Rovio Entertainment Oyj’s Hatch mobile-gaming offering, that it would work with real-time maps from Mapbox Inc. and that Alphabet Inc.’s Google Fi virtual wireless network has signed on for 5G service.

Sprint joins AT&T Inc., Verizon Communications Inc. and its proposed merger partner T-Mobile US Inc. as the fourth U.S. wireless carrier to plan on starting mobile 5G service in the next four months. While the domestic battle focuses on capturing new revenue from advanced services, President Donald Trump has viewed 5G expansion as a key technology arms race with China.

Sprint said its 5G service will be available initially in four metropolitan areas -- Atlanta, Chicago, Dallas and Kansas City -- followed by Houston, Los Angeles, New York, Phoenix and Washington. In an interview Monday, Sprint Chief Executive Officer Michel Combes said he was eager to show the benefits that 5G will bring. He declined to say how much Sprint would charge consumers for the new service.

The launch of mobile 5G depends on the availability of devices. Sprint said the service would start with the arrival of LG Corp.’s V50 ThinQ phone, an HTC Corp. hotspot device and Samsung Electronics Co.’s Galaxy S10.

Sprint’s 5G plans are taking shape as it fights for U.S. approval of its $26.5 billion acquisition by T-Mobile. The companies argue that together they can provide a more formidable challenge to their larger rivals. Lawmakers and competitors have raised concerns that the combination of the country’s No. 3 and No. 4 wireless carriers will harm customers.

The race to claim a lead in 5G has been particularly pointed, as Sprint illustrated when it squared off against AT&T in federal court earlier this month. Claiming false advertising, Sprint sued the larger carrier over its use of a “5G E” symbol on phones connected to its enhanced 4G network. The two companies are expected to lead carriers in 5G rollout spending, according to Bloomberg Intelligence analyst John Butler.

Sprint and T-Mobile each have gained about 20 percent on the stock market in the past year, compared with 16 percent for Verizon and a fall of 17 percent for AT&T.