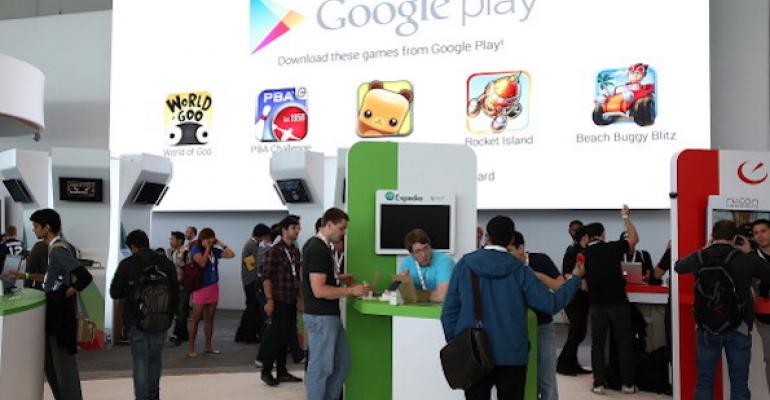 You may think that you don’t need to know anything more about how to download apps. Just fire up the Play Store, grab what you’re after, and be on with your day, right?

It’s time for a challenge. If you want to be a true Android insider, there’s more to it than that. Learning the ins and outs of the Google Play Store will help you discover apps that you didn’t know you needed and streamline the process for those all-important updates. Over my years of Android use I’ve found the Google Play Store has a number of useful tricks that hide in plain sight, with other clever tools are buried underneath too many layers.

You might especially feel this way if you’re trying out Android for the first time after a long sojourn with iOS. Many of the same methods you use to purchase and download apps look and work differently, so it’s worth it to get to know the rules on Google’s side of the fence.

If you’re coming from the iPhone, or if you’ve never dabbled that much with Google Play, you have to get used to how Google treats its app content. The Play Store is a hub for everything: movies, TV shows, music, books, and of course apps. Whereas Apple breaks these all apart into separate applications (App Store, iTunes, iBooks) they are all one happy little family in Google Play.

Start on the main page, and you’ll see one tab for Apps & Games and another for Entertainment. Along with the usual categories and aggregation, Google Play puts a lot of emphasis on your past installs and reviews with an “for you” section. This will change over time based on the apps you download. Like a lot of productivity tools or sports app? Expect to see some more here.

On each app page, you’ll see a tiny bookmark icon just above Install. This adds the app to your wish list. Some apps can still be pretty hefty in size, so you may want to wait until you’re back in front of your home Wi-Fi to download them.

It’s a fact of life: you have to update your apps. If you’re more of the “set it and forget it” type, then in the settings you can check Auto-update apps at any time. You can also limit this to only happen when you’re on Wi-Fi if you want to watch your data.

Choose whether or not individual apps update automatically.

If you’re more of a control enthusiast, you can select Do not auto-update apps and do it yourself. Go to Play Store > My apps & games and then you’ll see a list of the apps that are awaiting a fresh version. You can update them all at once or one at a time if you want to read the changelog and see what’s new.

THIRD: GET APPS ON YOUR HOME SCREEN (OR DON'T)

One feature I really appreciate about the Play Store is that you can select whether or not to have an app show up on your home screen when you download it. Why would you want this kind of choice?

Select whether new apps go to the home screen and tweak other controls.

Well, let’s say you like to keep your home screens clean and clutter-free, only adding the most essential apps that you’ve come to enjoy. You can keep all your others tucked away nicely inside of the app drawer (assuming Google doesn't kill it of with Android N) until you want to pull them out later.

Here’s another favorite feature: if you download a paid app you don’t like, you have up to two hours to return it.

To do this, return to the app’s page in the Play Store and select Return. The app will uninstall, and the money is credited to your account.

Yes, you can actually return an app if you don’t like it.

Cool, huh? It takes a lot of the guesswork out of deciding if an app is worth the money. Many things in life offer you a refund if you don’t like it - there’s no reason digital content can’t be the same.

FIFTH: GET MORE APPS FOR FREE

Here’s a nice little secret of using Android: I rarely pay out of my own pocket for apps. Not because I’m cheap, but because I usually have a hefty balance in my Play Store account.

It comes from an app called Google Opinion Rewards. The app uses your search history, location, and other factors to offer you surveys that are paid out in the form of Play Store money.

Nothing beats free apps, as long as you’re willing to share your take on places you visit.

I’ve found the more that I’m on the go, the better the chances I’ll get hit up with surveys. Whenever I head to a major department store, pharmacy, or another big box retailer I usually have a survey waiting within 24 hours that asks how my experience went.

Once you answer the multiple-choice questions, you’ll get anywhere from 20 cents to nearly a dollar credited to your Google Play Store account. Your data is anonymized, so the creepiness factor should be kept to a minimum if you’re worried about this being used to hawk you some new gear.

SIXTH: FIND ALL THE BEST SALES

I’ve found that Google runs a lot of promotions and other specials with greater frequency that on the App Store. Sometimes you really have to look for them, but there are often discounts on paid games or half-off sales on in-app purchases (which has become the primary source of developer revenue).

Speaking of being on the lookout, that’s really the final piece of parting advice when it comes to mastering Google Play. Things are constantly changing. Google’s MO  is to always experiment, and doing so is one way to boost up the number of app installs. Recently, for example, Google  allowed developers to start paying for ad space, which might show up at the top of search results.

That’s kind of how Google rolls. Apple likes to keep the App Store and iOS nice and pristine, whereas Google isn’t afraid to roll out some A/B testing, even if the results are somewhat wonky.

So when it comes to checking out apps, don’t be shocked if something looks different. But I find this is a cardinal virtue of Google’s approach to its app storefront and Android in general - you won’t ever get bored with things staying the same.