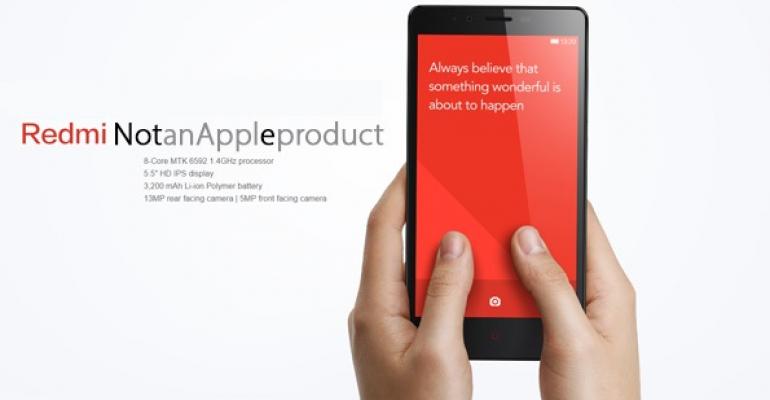 An often irreverent look at this week's other news, including the end of a good run, Google halts sales of Google Glass, Xiaomi launches yet another look-alike product, Intel posts strong PC numbers, high-tech firms settle poaching antitrust lawsuit, and Microsoft does the right thing (again) for the Xbox One.

Elvis has left the building

Just a quick note: I'm leaving Penton today, and this will be my last Short Takes. You can check out my Goodbye post on the SuperSite for Windows for more information, and please continue following me at thurrott.com, which goes live tomorrow, Saturday, January 17, 2015. The good news? The SuperSite for Windows will continue—as will Short Takes—under the aegis of the incomparable Rod Trent, arguably the hardest-working guy in technology reporting. Thanks to Penton for a terrific 15-year run. –Paul

Google to halt sale of Google Glasses to consumers

In what I can only describe as a wonderful "I told you so" moment, Google announced this week that it would stop selling Google Glasses to consumers this month, ending a years-long debacle. With this single most personally invasive device ever, Google was able to provide Google Glasses users with a truly unique experience: a 50 percent chance of being punched in the face every single time they walked into a bar. Priceless.

Well, at least they didn't wait until right before Patch Tuesday. Oh. Right.

It must be the new Xiaomi Mi Note phablet. Which looks exactly like an Apple product—I think they prefer the term "inspired by" rather than "stolen from"—and has the same name as a similar Samsung product. You gotta give Xiaomi credit: They've really raised the bar on the notion of "cheap Chinese knockoff."

"Google expects public in driverless cars in 2 to 5 years"

I can't wait to race past these lookie-loos on the highway.

Intel delivered what can only be called a "good news/bad news" earnings report for Q4 2014 and CY 2014 this week, posting $11.7 billion in profits on $56 billion in revenues for the full year. The good news: Intel's PC business grew 4 percent in 2013, to $34.7 billion in revenues. The bad news? Only $4.2 billion of those revenues were in mobile devices, and that group posted revenues of "negative $6 million" in Q4, "consistent with expectations." Intel's inability to crack the mobile nut is well-established, but I find the firm's 2015 guidance to be even more troubling: Revenue growth in 2015 will still be stuck in "the mid-single digits."

Every time this happens, a unicorn dies.

I'm not sure why this wasn't a bigger story, but the federal government sued several high tech firms in 2011, alleging that they violated antitrust laws by conspiring to not hire each other's employees. This conspiracy—you won't be surprised to learn it was masterminded by the ever-innovative Steve Jobs—involved a number of companies, some of whom settled early on, though Apple, Google, Intel and Adobe originally declined to do so. Well, now they have to the tune of $415 million, or what Apple would describe as "a few pennies on the ground that are not worth the time to stop and pick up." So, way to go, federal government. You showed them!

To position 22, behind such popular languages as Groovy, Clojure and Go. Meaning that absolutely no one uses it.

Microsoft does the right thing, brings back the $350 Xbox One

Were one to write a book called "Stupid Microsoft Decisions," there would be no lack of content, and indeed I could envision a multi-book series here. But among the most recent was the software giant's decision to lower the price of the base Xbox One to $350 during the holiday season—resulting in the console finally outselling the PS4 in the United States in both November and December—and then jack up the price again to $400 in January. I railed against this wrong-headed move in Microsoft's Next Big Mistake: Increasing the Price of the Xbox One, but less than two weeks later, they've come around the obvious: As of today, the base Xbox One is again priced at $350. But this is Microsoft, folks. This pricing is promotional and thus could end at any time. Cue sad trombone.wav.

What I'll miss most about Penton

Mostly, I'll miss the meetings. The seemingly bottomless expense account (which I never abused). The impossible-to-update web site CMS. And the email system, which I am still convinced was actively seeking out junk mail and depositing it in my inbox. But seriously, folks, what I'll miss most about Penton is the people: Rod, Marcia, Steve and the many coworkers and friends who preceded them. And you guys, of course. Thanks for letting me into your lives. –Paul