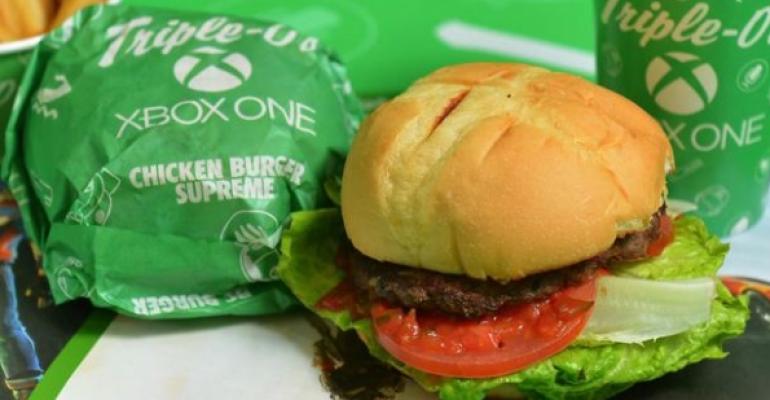 An often irreverent look at this week's other news. In this edition: In this edition: Lenovo lawsuits, Google swiping Softcard from Windows Phone and Android users, Wireless electricity for your gadgets, Bing Predicts the Oscars, StarDock has already decided the unfinished Windows 10 Start Menu needs to be replaced, Waffles and deliveries with strangers and an Xbox burger in Hong Kong.

File this one under the no big surprise header as the first case against Lenovo for the Superfish can of worms, which was fully opened up last week, has now been filed.

According to ARS Technica there is also an investigation that has been started by another law firm on the East coast.

San Diego blogger Jessica Bennett filed a lawsuit in federal court last week, charging Lenovo and Superfish with violating state and federal wiretap laws, trespassing on personal property, and violating California's unfair competition law. In addition to this, a Pennsylvania law firm put out a press release on Friday that asked Lenovo customers to participate in a class action lawsuit investigation regarding the presence of Superfish on their computers.

I can only imagine that this will pick up steam very quickly and likely something that Lenovo is going to prefer to settle out of court rather than air the smelly fish in a public courtroom.

They have had a pretty rough week, deservedly so I might add, and I am sure they do not want to have to repeat that performance again.

This one is far from over for Lenovo and the consequences of the decision to install Superfish on computers but this could also have a lasting impact on the future of junk ware being installed on all consumer computers.

So I guess that means when Lenovo said they installed Superfish to enhance the consumers experience on the devices – that might actually be based in some truth if the conversation really impacts the industry.

We need to see the end of this practice and the claim that it helps them with thin margins is just not going to work anymore.

I am sorry to say that I actually blogged this week about Softcard’s technology being the next pawn in Google’s continued effort to not support Windows on any platform – especially Windows Phone.

I do wish my predection had been inaccurate on this one!

This week Softcard published an FAQ page to answer customers questions about the acquisition of Softcard's mobile payment technology by Google and it did not bode well for Windows Phone and Android users who utilize the Softcard app for contactless payments.

For now, the Softcard app will continue to work. Users can continue to tap to pay, redeem offers and apply loyalty at more than 275,000 locations across the U.S. Google has acquired some technology and intellectual property from Softcard and we encourage our Android users to download Google Wallet. In the near future, the Softcard app will shut down and all wallets will be terminated. A specific termination date will be provided soon.

Later on the FAQ had a specific answer for those of us using the app on Windows Phone:

The Softcard for Windows Phone app will also be terminated. A specific termination date will be provided soon.

Terminated – really?  Why not discontinued or something like that?

When you look at it what else could Softcard do in this situation? Google bought the tech and that means Softcard no longer has the ability to support the service through their apps because it is not theirs to use.

So this shutdown is a result of Google purchasing the technology from Softcard and it will obviously be integrated into Google Wallet. For Android users of Softcard this is likely not a problem and simply forces them to use Google Wallet instead. Win-Win for them right?

On the Windows Phone side it is Lose-Lose because not only are we losing the only app available to us for contactless payments but the odds of Windows Phone seeing Google Wallet are really astronomical.

Maybe the day will eventually arrive where Google might actually participate in the cross platform world.

Maybe…but I am not holding my breath for it either.

Wireless charging is all the rage these days and there is even movement afoot to begin having a single standard for the industry.

However, wireless charging still requires that both pieces of the charging tech make contact with each other to wirelessly charge your device. It should really be called Contact Charging instead of wireless.

Anyway - having used this on my old Nokia Lumia 920, seeing how convenient it is for my wife on her Nokia Lumia 830 and seeing how much users embrace this with their gadgets the idea of wireless (contact) charging is growing.

Well what if you could have the same capability – to charge your devices without having a wire between the power/charging source and the gadget – plus not being required to have the two pieces in direct contact with each other?

Meredith Perry, the company’s founder, was recently profiled by USA Today and explained how the technology would work.

uBeam's transmitter is a wafer-thin square the size of a salad plate that punches out ultrasonic frequencies much like a speaker creates sound. The receiver, currently in the form of a smartphone case, resonates at the same high frequency and turns that imperceptible movement into energy, charging the phone.

She has solid backing from the likes of Mark Cuban, Marissa Mayer and Peter Thiel's Founder's Fund who seeded her $750K to get started and her company has recently received $10 million in Series A funding.

This is the kind of technology that could play a role in extending the already pitiful battery life our current gadgets have.

Although, as I read about how this works, my mind goes immediately to concerns about interference with medical devices and other hardware such as routers, cordless phones, etc. which I am sure is/will get sorted out in the development process.

Still - can you imagine never having to worry about battery life ever again?

What would all the wall huggers do then?

All the talk about Microsoft being an apps and services company is certainly accurate as we see them producing more opportunities for those services to be accessible across platforms (unlike other above named, unnamed companies).

One way they do this is by releasing API’s for their services like the recent release of an API for Microsoft Band and one for OneDrive.

Another area that Microsoft is proving they are breaking ground is big data and using that info to make some pretty accurate predictions. In the past we have seen them do this with the sports like the NFL and soccer; television competitions like The Voice and last year’s mid-term elections.

More recently they used the same technology to correctly predict 20 out of 24 of this year’s Oscar awards.

I wonder if they could predict when Google will release a version of their Google Wallet for Windows Phone?

Speaking of too soon.

The company which brought the Windows 7 style menu program Start8 to Windows 8/8.1 is planning to do the same for Windows 10.

StarDock revealed this week that they will be releasing Start10 to replace the new menu that Microsoft is building into Windows 10.

Key word there is building - as in not done yet.

When Windows 8 came out the Start Screen was not very well liked.  As I learned working in retail, that dislike was based on what people had heard or read and usually not on actual personal experience.  I could show these folks a short demo of the Start Screen and they would be genuinely surprised by what could be done with it.

So I get the fact StarDock is doing this for business reasons and they will likely carry over a lot of their Start8 customers to the new Start10 without much hesitation because some of those folks will simply believe that the new Start10 is necessary for Windows 10.

However, since Windows 10 is not feature complete isn’t it a little early to declare that the Windows 10 Start Menu needs a replacement in the first place?

A stack of waffles and a Gig to go!

Back in January a service called Roadie was launched that was labelled by TechCrunch as the “Uber for shipping and delivery”.

The general premise is that you post about your package that needs delivered from one location to another and then Roadie drivers could contact you based on those details and pick up the job. According to the company this could cost anywhere between $8 and $150 depending on time, distance, what is being shipped, etc. The app for the service allows you to track your driver and your goods to their destination and even make contact with the driver along the way to ask how the trip is going.

Sounds like a good idea and it has already gained a lot of traction and $10 million dollars in funding.  I still find the idea of handing over what might be valuable property to a stranger.

According to Roadie though each Gig, that is their term for a delivery job, can be insured for up to $500 and the purchase of additional insurance will be an option at some point in the future.

So this already unique package delivery method just announced a new partnership with Waffle House that will turn Waffle Houses into a meeting point for the handover of packages between Roadies and the recipients of the package/goods.

I mean you certainly would not want a stranger coming to your home so instead you can meet them in a Waffle House.

The added bonus is that with this new collaboration between Roadies and Waffle House also means the driver gets a free waffle and a drink while they wait for the delivery to be completed.

Hungry for some gaming?

Did you see that a fast food chain in Honk Kong recently began offering a meal deal in partnership with Xbox?

The burger chain, called Triple-O’s, is offering a meal that is packaged in the familiar Xbox green color and they have even converted one of their locations into an Xbox themed restaurant.  You can see several more images at the link.

The reason for this conversion is to celebrate the Chinese Lunar New Year so Microsoft is offering vouchers for the delectables inside of console bundles.

If you check out the above image you can even see the bun has the Xbox “X” emblazoned on it.

Well I can say that this weeks edition of Short Takes did not seem nearly as daunting as my first version last week.  I do appreciate the feedback and compliments which I received and there was even one person who mentioned that they did not even realize that Rod was not penning last weeks post.  Thanks - for me that was a great compliment.

It is an interesting process watching the news pass by each day and deciding if something would make a good tidbit to mention in Short Takes. There is certainly never a lack of unqiue and interesting items though in the technology field.

Next week should see Rod back at the helm as he will be returning from his vacation. He and his wife were finally able to get on the road and celebrate their 25th Anniversary this past week.

Until next week stay safe out there.