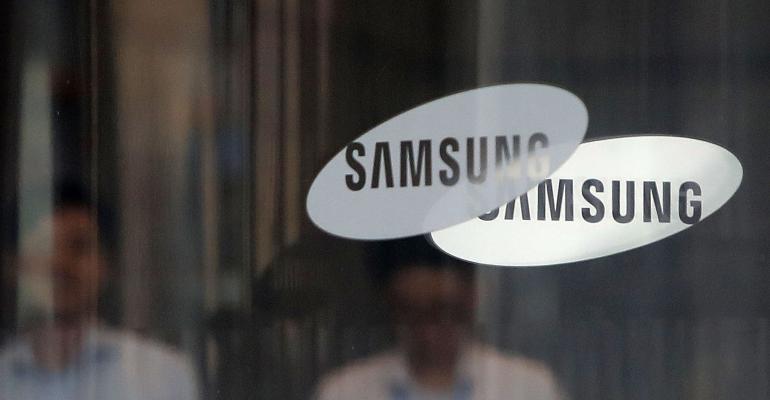 The investment was presented as a move to reorganize the display industry while maintaining Samsung’s global lead and Korea’s established dominance.

In an announcement event attended by Korean President Moon Jae-in and Samsung Electronics Co. Vice-Chairman Jay Y. Lee, the investment was presented as a move to reorganize the display industry while maintaining Samsung’s global lead and Korea’s established dominance. The government will invest about 400 billion won into next-generation displays to propel that objective, Moon said.

The Samsung unit will build a quantum-dot display production line in Asan, according to a company statement, which will begin operations from 2021 with an initial monthly capacity of 30,000 panels larger than 65 inches. Production will then scale up from there, with a long-term development plan that stretches out to 2025. The investment will help create 81,000 jobs, the company added.

Samsung and cross-town rival LG Display Co. are grappling with a surge of competition from Chinese suppliers such as BOE Technology Group Co., which in recent years have ramped up liquid crystal display-making capacity and are increasingly making inroads into next-generation screens. To offset a decline in margins and loss of clients, Samsung is moving forward with development of quantum-dot displays. Its stock ended Thursday largely unchanged.

Samsung’s heir and de-facto leader Lee has pledged to invest for the long-term in the display business, which is one of the three main pillars -- alongside memory chips and smartphones -- in which the Korean tech champion is world leader. The company is making a huge bet on the market as the business environment deteriorates and a trade spat between Korea and Japan creates uncertainty around the supply of chemicals and components necessary to manufacture advanced displays. This week, Samsung reported a quarterly profit decline of more than 50%, though that was less of a fall than anticipated.

Korea’s largest company is the world’s foremost producer of high-margin OLED displays, but hit a snag last year when orders from Apple Inc. underwhelmed after the marquee iPhone XS fared worse than expected. It remains to be seen how enticing the new iPhone 11 Pro models will be to consumers over the critical holiday shopping season, though analysts are growing optimistic on demand.

Away from displays, the unpredictability surrounding tensions between the U.S. and China -- where Samsung earns a big chunk of revenue -- has led to a downturn in the chip industry at a time when smartphone demand tapers off and the pace of data center construction decelerates.