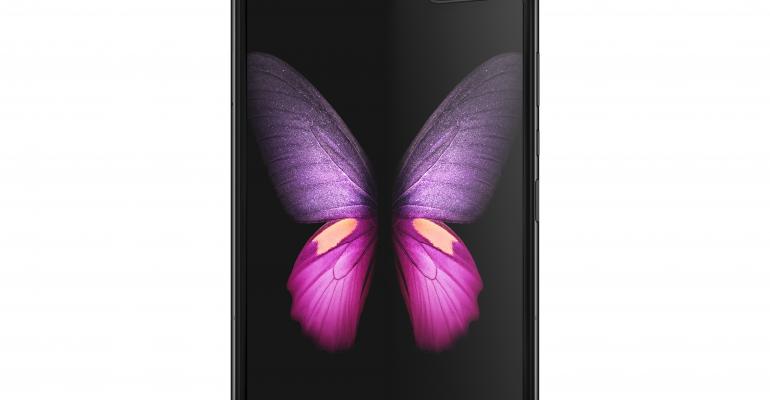 Samsung Fixed Its Folding Phone. But It’s Still Not Ready for Most

Rather than a polished device for the masses, the Galaxy Fold seems to be a showcase for Samsung’s vision of the future of mobile computing.

(Bloomberg) -- Samsung Electronic Co.’s Galaxy Fold is no longer a $1,980 brick. Six months after launching a device with a strange screen protector and a tendency to crack, the South Korean-technology giant is back with a much-improved product. It’s still not ready for most consumers, though.

The screen protector is now under a plastic rim so it’s essentially impossible to remove. That should prevent the cracks that doomed the original Fold. There are also new caps at the top and bottom of the hinge to stop debris getting into the display. With the previous model, dust and other gunk sometimes caused the screen to bubble up and break. The hinge – the mechanism that lets users open and shut the phone – also seems slightly stronger.

The inner screen opens up to become a tablet about 7 inches in size. There’s also a 4-inch outer screen that is mostly used for quickly replying to messages, and handling phone calls. The external screen works well for dialing numbers and accepting calls, but it’s too cramped for most other tasks.

The larger screen inside, however, is compelling. Being able to have a tablet-sized screen in your pocket makes the Galaxy Fold one of the best smartphones for watching video. It’s an excellent YouTube machine. You can also pin multiple apps on the screen at once, so it’s easy to watch video, text and browse the web at the same time.

The operating system lets you slice up the screen in inventive and useful ways. One app can take up the whole of the left side of the screen, while another app takes up the top right area, with a third filling in the remaining bottom right of the display.  You can also add several small “pop up view” apps that float around the screen, although this starts getting confusing and messy with more than three or four apps.

There are still drawbacks with the folding display, though. In very bright environments, it’s harder to see. And the crease that runs down the center of the screen shows up when you’re viewing something dark. And one issue from the first model remains: The screen can pick up dents from fingernails. Over several months or a year of use, that’s likely to bother customers. Samsung has said this is an inherent characteristic of its foldable phone design and offers a $149.99 screen replacement within the first year.

The Fold is not water or dust resistant, practical features that most high-end smartphones offer these days. And if it’s near a magnet, the screen sometimes switches off. The box is loaded up with warnings, such as being careful with the screen.

Rather than a polished device for the masses, the Fold seems to be a showcase for Samsung’s vision of the future of mobile computing. More of a “beta” test product, not a blockbuster. The company is already working on future versions of the Fold that will hopefully be cheaper, sturdier and have a much better external screen.