/sites/all/themes/penton_subtheme_itprotoday/images/logos/footer.png
Recent
Recent
How to Plan Ahead for Windows Storage Spaces Performance and Scalability
Dec 02, 2021
SMART Failure Predicted on Hard Disk: How Concerned Should You Be?
Nov 29, 2021
4 Data Management Best Practices for Developers
Nov 22, 2021
Nobl9 Goes After Technical Debt with Hydrogen SLO Service
Nov 19, 2021
What Is CloudOps?
Nov 19, 2021
Featured
IT Pro Salary Survey: What You Earned in 2020
Jul 09, 2021
Cloud Cost Optimization: Best Practices for IT Pros
Jul 15, 2021
PowerShell 101: A Technical Explainer for IT Pros
Jul 14, 2021
Edge Computing in the Enterprise Report
May 28, 2021
Security 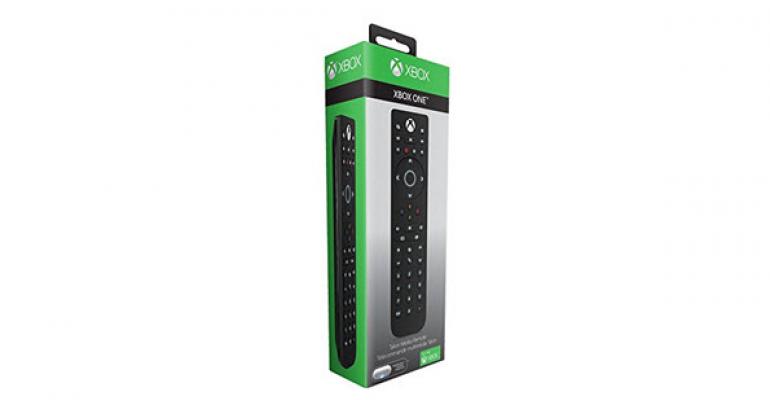 I’ve owned the Microsoft licensed remote control since buying my Xbox One. Even though I’m one of those people that bought the Xbox One with the Kinect, I still had to have the remote control. The original remote control is pretty neat in that it “comes on” when you move it, i.e., it’s motion activated.

It’s also a pretty simple remote and I liked that – at least I thought I did until I started testing the Talon Media Remote from PDP. The Talon Media Remote is more like a regular remote control and offers all the extras you’d expect. It also works as a motion activated device, so you don’t have to give up the cool factor of the original. Due to the additional features over the original Xbox One remote, the Talon Media Remote is also larger – but that also means it’s harder to lose. I can’t tell you the number of times I’ve had to tear apart the couch and neighboring chairs trying to find the original remote. And, while that’s still sure to happen with the Talon, it’s at least easier to locate.

Plus, it’s a few dollars cheaper than the one Microsoft offers.

Here’s what you can expect:

For those that don’t yet have a remote control for the Xbox One, this is a great addition. And, for those who have kids like mine that lose the remote constantly – for this price – it’s a good solution for having an extra on hand.