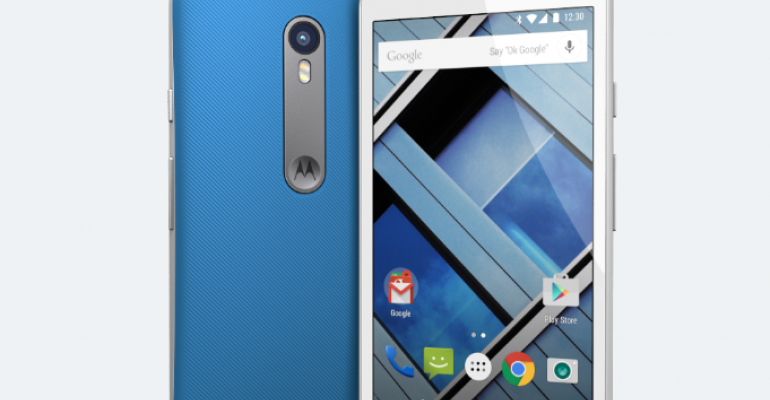 Review: The Moto G offers solid performance at a bargain

A phone that only costs about $200 shouldn’t be better than another that retails for three times as much.  But that’s how it is with the Moto G. This seemingly illogical conclusion was the only one to reach after spending a couple of weeks with the Moto G while setting aside my Galaxy Note 4.

Yes, the Moto G’s display on the small size at five inches. The phone is plastic instead of glass, metal, or faux leather. The camera is good, though not fantastic. And 720p sounds like a tube television compared to all those “Quad” HD phones out there.

But if you want a solid performing Android phone without all the needless junk software jammed in, then you’ll love the Moto G. I’m clutching on to it as long as I can before I have to send it back to Motorola.

Here’s why I enjoyed it so much, and why it could be the right choice as your next Android phone.

Android is all you need

The first day I popped in the SIM card into the Moto G unit I was amazed at how fast it performed. I was zipping through Chrome pages, switching between different apps, writing emails, and even playing games without a hiccup.

Granted, I was given the more powerful of the two options: my Moto G had 2GB of RAM to accompany the 16GB of storage, retailing for $219. If you want the bare bones choice, you’re looking at $179 for 8GB of storage and 1GB of RAM.

As for other specs, the Moto G uses a Qualcomm Snapdragon 410 processor with a 1.4GHz quad-core CPU. The display is 720p, which isn’t as compelling as higher-end phones but wasn’t unpleasant to look at, either.

Specs are great, but they’re only part of the story. Whether you like a device or not is about the experience it gives you. It’s refreshing to use a phone that’s running the latest edition of Android, and it shows in how fast and fluid everything is.

Unlike Samsung, LG, HTC, and others who feel the need to mess with the design or even the placement of the software buttons (looking at you Samsung) , Motorola sticks to Google’s script.

The result is a phone that felt speedier than my fancy Galaxy Note 4. I threw everything at it: games, editing documents, and lots of browsing in Chrome. It powered through Leo’s Fortune, but did stutter on the rather intensive Tomb Raider.

You can quickly move between apps as the Intents option works very fast thanks to the Moto G’s use of stock Android. Here's Leo's Fortune.

How was this possible on such a budget device? My daily driver up until then was a Galaxy Note 4, which is quite the internal powerhouse with 3GB of RAM. But where my Note is slow and buggy (and yet to get Android 5.1, which fixes a lot of the issues introduced in Lollipop), the Moto G was buttery smooth.

Style it your way

The Moto G continues Motorola’s tradition of letting you customize your device through its Moto Maker. There are two different front faces you can choose from for the front, with ten different shells for the back. Motorola also makes Flip Shells in a series of bright colors to add protection and more pizzaz.

Tweak your Moto G with the color of your choice.

But this was another area where I didn’t expect to find something about the Moto G I liked - that it was plastic. The blue back (which you can always swap for another) looked great. And because it wasn’t made from glass and metal I didn’t mind tossing it into the car’s console or fretting about handing it to someone else to check out.

I found the phone a little awkward to hold. Maybe it’s because I’ve become used to big phones like the Galaxy Note series, but the side buttons seemed a little low. Of course, how the device feels in your hand is going to depend upon its size. It makes sense that for a budget phone the screen size is five inches, as there’s plenty of big-screen options if you want something else instead.

One of the big knocks against Android phones is that so many of them are loaded up with bloatware: unnecessary, invasive software that slows down the phone and performs functions that are better served by Android.

Motorola chose a different path, instead throwing in a few apps and features that are useful, lightweight, and easy to ignore if you’d rather not use them.

Note how streamlined and unobtrusive the Moto Display interface is.

My favorite was Moto Assist, which learns to set aside times for when you’re sleeping or would otherwise wish to not be bothered. Like Google Now it goes a few steps beyond the regular Android tools in this regard and is worth exploring. Additionally, you can train it to silence your device while you’re at the theater or somewhere else you’d like to not be disturbed.

Another key tool is Moto Display. If you turn it on, it will turn your launch screen into a pleasant black with circular notifications. Just touch one of them and slide up to launch that app or down to unlock the phone. Personally I prefer the stock Android lockscreen, but it’s an interesting option if you want a less intrusive setup.

Moto Migrate is great if you want to transfer in contacts and other information from your old device.  While Google has a pretty good import tool on its own if you’ve used another Android device, Migrate will help with text messages and other loose ends. Though it was a little persnickety for me, as it timed out a few times when I tried to import data from my Note 4. I found it faster to just charge ahead with the regular launch procedure and re-download the apps I wanted.

The Moto G camera was rather a pleasant surprise. The big knock against Motorola’s phones the past few years is the subpar camera quality. Motorola has clearly heard the criticism and poured a lot of effort into a better shooter. I was rather pleased with most of the pictures I took with the Moto G.

Even the cat seemed pleased that this portrait turned out well.

Many of the better shots were thanks to the rather good camera application. You use your finger to adjust the focus and exposure right before taking the picture. Then just release to snap away.

It’s a little awkward at first, but I came to like it more than the Google Camera app, which is my go-to selection. The Motorola software helps make up for the fact that the camera still struggled in some low and uneven light situations. I found if you focus on the object you’ll get a much better picture and can later touch up the other visual noise.

Sometimes the lighting with some images can get weird, but be sure to use Motorola’s rather innovative camera features.

If you’re after the absolutely best smartphone camera possible, you’re better off waiting for the Moto X or checking out the Galaxy S6 or LG G4, which both received numerous good reviews for their camera prowess. But again, for a nearly $200 phone you have to be impressed at what Motorola has done here.

Here’s what the Moto G has going: it’s a device that punches above its weight class with a solid screen, good performance, and a respectable camera for a great price.

If it’s still not powerful or large enough, then wait for the Moto X Pure Edition, which should land in early fall). The Moto G has whet my appetite for Motorola’s next flagship. And their approach to Android is absolutely right on: the company lets Android’s strengths shine through without mucking up the interface while adding on some rather useful features.