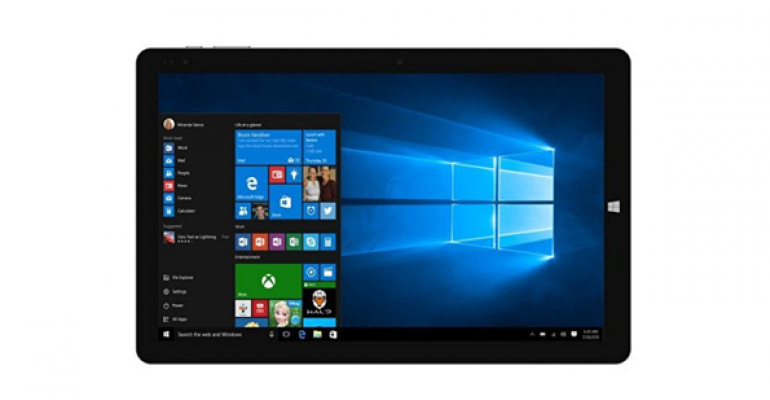 I admit, I have some goofy gadgets show up on my doorstep sometimes. Those that watch my Twitter feed (@rodtrent) know there’s a steady stream of hit-and-miss contraptions across the threshold of my front door. So, I’ve come to expect more than 80% of what arrives to be difficult to provide positive reviews. I sometimes forgo the reviews completely just because it’s hard for me to be outright negative. I’m always looking for something positive and yet for most of what I receive, there’s very little hope.

But, every once in a while, something shows up that really turns out to be somewhat unexpected. For the other 80%, they end up as stocking stuffers for Christmas (yes, I pawn them off on family) – but for those special items that are worth testing and reviewing, they end up as something I use constantly and won’t give up using.

The latest unexpected gadget is the CHUWI Hi10 Pro 2 in 1 Ultrabook Tablet PC. When this tablet arrived, I half expected to unpackage it, feel a poorly constructed device, and shove it back in the box. But, that wasn’t the case at all. And, then I realized this is a device that dual boots between Android 5.1 and Windows 10 – so I had to boot it up to give it a whirl. What I thought was going to be a quick test turned into a weekend of setting it up, configuring it, loading both Android and Windows apps, and even upgrading Windows 10 to the latest Anniversary Update. I actually cared enough to update it! That right that probably says enough about this “ultrabook.”

CHUWI labels this unit as an ultrabook, however I only received the tablet and not the keyboard that is supposed to go with it. Not sure if that’s coming later on (if so, I’ll update the review) or if it’s coming at all. On the bottom of the tablet you can tell where the keyboard connects – there’s two indentations, a connector, and the entire bottom is magnetized. And, to be honest, I could’ve used the keyboard a couple times. Still I pushed on with the testing – which happened to turn out to be a delight.

There’s a LOT to like about this tablet. The screen is bright, the touchscreen is responsive, the device itself is speedy, and it even includes USB Type C for charging. So, instead of trudging through a bunch of really cool aspects, let me touch on the negatives. These are, by no means, reasons not to still like this tablet, but just a couple things to understand to set proper expectations.

Second, you might think that booting between Android and Windows 10 is a big deal – and it is! I have to say, this is a great marriage of Operating Systems – giving users the ability to switch to Android when an app isn’t’ available for Windows 10. For me, that app is primarily Comixology. I’m a comic book geek and Comixology discontinued its app for Windows about a year or so ago. That’s one of the bigger reasons why I keep Android around. BUT – and that’s a big BUT – switching between Windows and Android takes quite a while. It’s not excruciatingly bad, but it’s something you want to prepare for.

That’s really about it. This is a fantastic tablet – particularly for the price. And, sorry family – you won’t find this rewrapped and under the Christmas tree. This is staying with me

The CHUWI tablet is run as a special on Gearbest right for around $150: CHUWI Hi10 Pro 2 in 1 Ultrabook Tablet PC