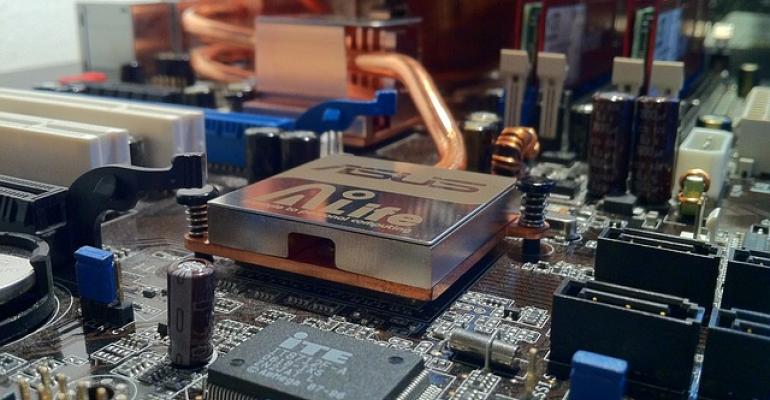 Recommended Upgrades for your Five-Year-Old PC

Yesterday, during the announcement of new hardware products, Apple's Phil Schiller pointed out that he thought it was a sad fact that over 600 million PC users were using machines that were over five years old.

It seemed the statistic was intended to support the idea that those 600 million out of date users were the perfect target audience for moving over to the original IPad Pro and new smaller iPad Pro which was announced at the event.

As we pointed out yesterday, many PC users on Twitter disagreed with the assumption and characterization of that group of users, and now today I want to take that one step further.

I have spent many years building and upgrading my own computers and have not purchased a brand new OEM desktop machine in quite some time. I have learned over the course of those builds and upgrades that there are some key hardware components that can really extend the life of your older hardware, provide a bump in performance and cost much less than the cost of an iPad Pro and its accessories.

Let's take a look at those different areas.

Early on I learned that the quickest and easiest upgrade to an existing computer was to add extra memory for RAM. This memory is used as a temporary storage area of data as it moves to and from your hard drive for processing. Memory prices have fluctuated a lot of the last few years but there are many deals to be found on online sites such as Amazon, NewEgg, TigerDirect and even Best Buy's Marketplace. Always shop for your best deal and buy as much memory as your budget allows for what your motherboard will support. Be sure to check with your motherboard manufacturer or the OEM to know what your PCs memory configuration is exactly. While some retail stores like Best Buy and others carry RAM on the shelves it tends to be more expensive so I would avoid that and shop online with a reputable retailer with good electronics return policies.

As the prices on SSDs have dropped over the last several years, they have become very solid alternatives to the spinning hard disks that are in most machines that are five years old. Spinning hard drives came in two speeds 5400 and 7200 RPMs. While the 7200 RPM drives were faster than the slower 5400 RPM drives, SSDs put those devices way back in their rear view mirror. Even large SSDs in the 240GB and higher range have come well down in price. A quick search of Amazon for "240GB SSD" shows five results with each priced under $70. You could easily grab two at that price for spare storage as well in your current PC. Most consumer SSDs use SATA based connections so make sure your older PC supports a SATA connection although a large majority of PCs built five years ago were already starting to support that configuration. If you happen to still have a computer based on IDE hard drives you may be able to use an IDE to SATA adapter to upgrade to an SSD and they cost less than $5 on Amazon.

By the way, that old spinning hard drive which you are replacing with an SSD can be put to use in one of two ways. Either use it as a secondary storage option inside of your desktop machine or purchase a USB enclosure to create your own external storage device.

Many older PCs use a video card onboard the systems motherboard to drive the display(s) attached to the PC. There are a lot of video card options available for PCI and PCIe with 1GB and 2GB of memory that might give you a higher resolution image than you are getting right now.  One thing to keep an eye on when upgrading video cards is that some of the newer ones require additional power and need to plug into your systems power supply or a power port on your motherboard. Check with your hardware OEM to make sure the system does support that type of option for a new video card.

Here is another area that can be a nice upgrade because what is the one thing we interact with more than any other part of our computer? Our monitor screen because that is where everything is displayed and all of our input is seen as it is being entered. These days you can pick up a 24 inch LCD monitor from Amazon in the $120 to $150 price range. If for some reason you still have a big CRT based monitor on your desk then the power and space savings of an LCD will be very welcomed. Another possibility, especially with an upgraded video card that supports it, is to use dual monitors. I have been using dual monitors for several years and could never imagine going back to a single screen - even one of those massive 37 inch curved ones.

You can either get two matching monitors or go with one larger one then a smaller one alongside of it - whatever setup works best for you and your budget.

Five years ago Windows 7 and Windows XP dominated the installed Windows hardware base. Windows 7 continues to run on a lot of machines out there while the slow fadeout into obscurity marches forward for Windows XP.  In the fall of 2012 Windows 8 was released followed by the Windows 8.1 update the following year in 2013.

Of course, last July Windows 10 was released as a free upgrade to existing Windows 7/8.1 users and that offer does not currently expire until 29 July 2016.

I have tested Windows 10 on older hardware and it runs very well considering the age of those devices but if you combine a few of these hardware related upgrades along with Windows 10 you could see further performance improvements.

They key to performing any hardware upgrades on older machines is understanding your computers specifications. As I have said earlier, contact the company who built your machine and ask them for those full specs so that you know exactly what to get in these various hardware categories for an upgrade.

The other thing that is critical when buying these upgrades online is a retailer who has a good return policy that is easy to use. For me that has been Amazon who has provided the most friction free return options of any other company I have purchased from over the years.

Let us know your favorite hardware/software upgrade options and stories.