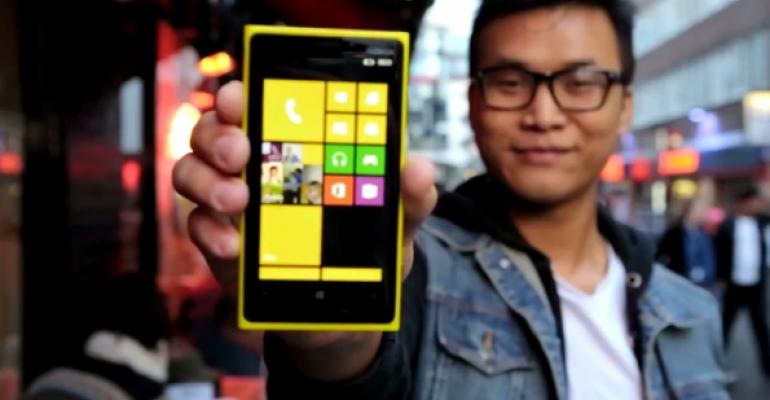 Nokia Was Right to Bet on Windows Phone

In the wake of Nokia’s most recent (and preliminary) earnings announcement, tech enthusiasts, bloggers, and pundits are revisiting an old debate: Whether the firm was right to throw its support behind Windows Phone instead of a more popular platform like Android. But time has only cemented the notion that Nokia did make the right decision. And if it had adopted Android instead, it would be in even worse trouble today.

Two years ago, Nokia announced its intention to not just back Windows Phone but enter into a strategic alliance with Microsoft that would result in the two firms effectively co-developing the platform. Nokia CEO Stephen Elop echoed my own oft-repeated sentiments, noting that “the game has changed from a battle of devices to a war of ecosystems.” This, folks, is more true today than ever before.

Consider companies like HTC and LG. They can create high quality devices of whatever kind—including the HTC Windows Phone 8X, which is a wonderful smart phone, or the various HTC One variants, which run on Android—and it simply doesn’t matter. These companies just make the devices. They don’t do any appreciable or important work in creating or improving the underlying ecosystem with great apps, great services, or great hardware accessories. Standalone devices—no matter how good-simply don’t cut it anymore. It’s all about the ecosystem.

And that, folks, is the reason why Samsung and Apple are dominating this industry. Both companies get what Elop said two years ago, what I’ve been saying for even longer, that it is the ecosystem what matters the most. Not just the device. Not just the platform (the built-in software, including the OS and apps). But the entire ecosystem. Both Samsung and Apple have done an amazing job of pushing their respective ecosystems forward, and in the case of Samsung, that company has really differentiated its products from “stock Android” and the other Android-based competitors.

This is exactly what Nokia has done with Windows Phone. And I’ve been writing a lot about that in recent weeks, about how the firm’s unique apps, services, hardware accessories, and other benefits (camera optics, for example) really put its devices and the entire ecosystem—what we might think of as Windows Phone+, that is, Windows Phone plus the unique Nokia bits—over the top.

What Nokia gets that is unique on Windows Phone is an inroad into actual platform design and development. It is essentially co-creating Windows Phone, and helping to determine where this platform goes next. It is pushing its own technologies—especially the HERE location apps and services—right into the OS itself, something that is not possible for other Windows Phone partners, nor for those who support Android. It’s a way to one-up the openness of Android, if you will, without all the nasty forkiness.

(Well, without most of it. Obviously, the notion of Windows Phone vs. Windows Phone/Nokia is a bit of a fork, though these two things do move forward in lockstep.)

One problem for Nokia is that its other phone products have apparently fallen off far faster than expected. I’m not sure why that’s so—I’m surprised their legacy devices sell at all, to be honest—but credit the company with continually driving ever-higher Lumia sales and expanding the Lumia lineup aggressively to address new market needs. An expected Lumia phablet—and heck, maybe even a real tablet—later this year would certainly round things out nicely. But even today, I feel like Lumia is in great shape over all.

Nokia also still lags in the US market, something I partially attribute to bad brand recognition—they were absent from the US for years, after all—and to a misguided strategy of providing certain phones, like the “hero” phones Lumia 900 and 920, only via one carrier. Hopefully, we’ve seen the end of that.

Finally, Windows Phone has obviously gotten nowhere near the traction of its competitors. As I noted in the new story about Nokia’s preliminary earnings earlier today, Samsung is predicted to have sold 62 million smart phones in Q1, compared to Nokia’s 5.6 million Lumias. And Apple might have sold 37 million iPhones. It’s not even close.

The thing is, had Nokia adopted Android instead of Windows Phone, it wouldn’t have been able to benefit the wider Android ecosystem as it can with Windows Phone, and it would have effectively had to start over with yet another Android spin-off, similar to what Samsung and Amazon have done, rather than just help improve the actual platform. More problematically, it would have been a small player in a big market, more akin to HTC or LG than to Samsung. In Windows Phone, Nokia is the king.

Nokia will or will not flourish, will or will not survive. But its decision to back Windows Phone was correct. Had it adopted Android, we’d be writing its obituary today, not talking about the future.