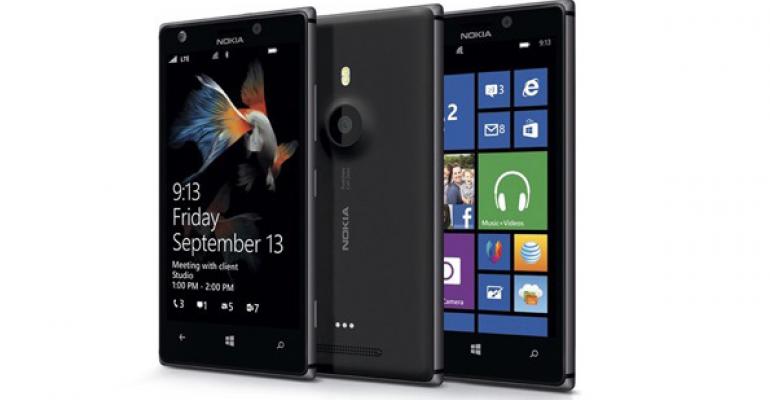 Nokia Lumia 925 is Heading to AT&T

Was previously a T-Mobile exclusive in the USA

Nokia announced today that its Lumia 925 handset is heading to AT&T Mobile in a new exclusive color. The move follows the release of the device on T-Mobile in July and opens up this elegant Windows Phone 8 handset to a much bigger audience.

So what's going on with the AT&T version?

According to Nokia, the AT&T version of the Lumia 925 will ship to customers on September 13. But you can preorder the device starting tomorrow, August 28. It will cost $99.99 with a two-year contract, or $21 per month if you subscribe to AT&T Next.

Adding AT&T to the carrier list is smart, and should improve the reach of this beautiful phone nicely: AT&T has the best LTE network in the United States and AT&T has sold more Windows Phone handsets than any other carrier.

The AT&T version of the Lumia 925 will also be shipping in a new, darker color option than the T-Mobile version (which I understand is available in a few other international markets too). So instead of light gray on the sides and white on the back, as with the T-Mobile version, the AT&T device features dark gray sides and black rear. I do think it's more attractive. (But also think both options should be available everywhere.)

Compared to its 920 stable mate, the 925 is thinner, lighter, better looking and sports a better camera with 6 (rather than 5) lens. If you're not in the market for a Lumia 1020 for some reason—and you should be—this is a fine choice, and it ships with GDR2 and Amber, so you'll be up to date from the get-go, something we don't get to say very often with Windows Phone.

Looks good to me.