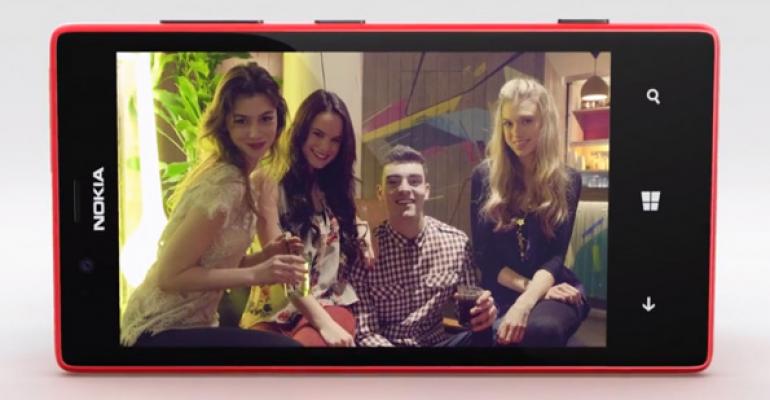 When I first heard about the Lumia 720 back in February, I knew Nokia was onto something: Here, finally, was a Lumia that combined the beauty and versatility of a unibody design with a much thinner and lighter form factor. Now that I finally have one, I’m crushed: This gorgeous new phone isn’t available in the United States, but it’s clearly one of the best overall Lumias that Nokia has ever made.

Obviously, the Lumia 720 is a study in compromise. Critics will point out the 1 GHz dual-core Snapdragon processor and the 800 x 480 screen, but neither is in any way problematic in real-world use. That said, the 512 MB of RAM and 8 GB of internal storage are reasonable concerns, though the latter can be fixed with (externally accessible!) micro-SD expansion.

The 720 doesn’t come with wireless charging—you need to buy a Wireless Charging Cover that somewhat undercuts its form factor advantages—and its camera, while a reasonable 6.7 megapixels, seems to come in well under the 8.7 MP sensor in the Nokia Lumia 820 (which offers just decent quality) and Nokia Lumia 920 (which offers excellent quality, especially in low light).

The biggest problem? There’s no LTE radio. With my AT&T SIM, the 720 is capable only of HSPA speeds (read: 3G). That’s because the 720 isn’t designed for the US market.

But here’s what the Lumia 720 does offer.

First, the device is very reminiscent of the HTC Windows Phone 8X from a form factor, build and weight perspective, which is to say nearly perfect. Unlike the brutishly large 920, the Lumia 720 is thin, light, and wonderful to use with a single hand. It’s a bit slippery, as new phones often are, but it picking this thing up after using a 920 is a revelation.

The screen is gorgeous, with a curved glass front that extends from edge-to-edge, giving it a premium look and feel. In addition to a pop-out SIM card slot, there’s also a very similar pop-out slot for micro-SD, a first for a Lumia unibody handset. Amen!

The wild card here is the camera. Rated at just 6.7 megapixels, it doesn’t seem like it could compete with the 820, let alone the 920. But in the first of what will be a series of test shots, the 720 is staying neck-and-neck with the 920, quality- and color-wise, and beating the 820. I’ll have more to say about that in the days ahead, but for now the camera seems to be a plus, not a minus.

Ultimately, the Lumia 720 impresses for the same reason the HTC 8X does: It’s just so thin and light, and it feels wonderful to hold.

I’ll post a review soon. But if Nokia made this phone available in the US with LTE, I’d buy it immediately. Even without LTE, I may just be switching to this phone regardless. It’s looks to be that good.

Here are some photos.