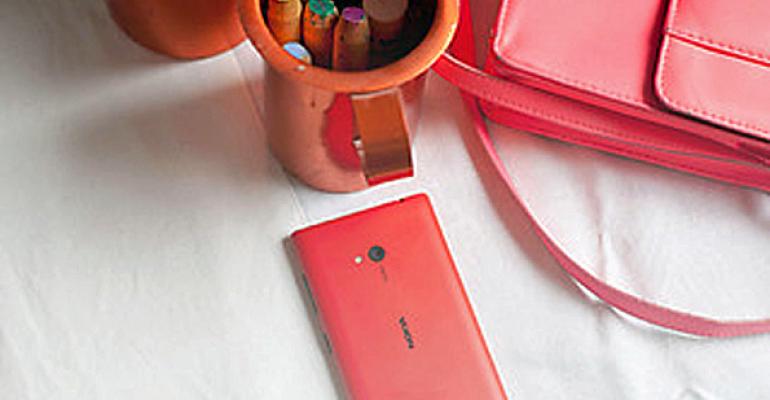 Good news, Nokia users: Your phones will eventually get even better

Nokia announced this week that it is rolling out the “Amber” software update to its Windows Phone 8 handsets. Additionally, the Nokia Pro Camera app that debuted in the Lumia 1020 last month is now available for the Lumia 920, 925, and 928 as well. There’s just one problem: You have to wait for your carrier to unblock both.

I wrote about some “Amber” features previously in Lumia 1020: A Peek at GDR2 and Amber. But a new Nokia site for the update provides more details.

According to this site, the Amber update includes the following improvements:

Smart Camera. Though it’s available separately from the Windows Phone Store—and appears to work fine without Amber—Nokia is listing this app as an Amber feature. Not sure why.

Nokia Glance. The new Glance screen sits on top of your lock screen, turning the handset into a nice clock with day and night modes. This feature is not available on the Lumia 520 for some reason.

FM radio. MIA with the release of Windows Phone 8 for some reason, the FM radio functionality in Music + Videos is back, assuming you have a supported handset (with FM radio). For Lumia devices, that means all of them except the 620. (I believe this is actually a GDR2 feature available to all Windows Phone handsets.)

Flip to silence. If your phone rings at an awkward moment, just flip it over so that the screen is facing down and the ringer will silence.

Your phone should alert you when an update is available. But you can check manually by navigating to Settings, System, Phone Update.

As for Pro Camera, I’ve been swooning over this app on the Lumia 1020 since late July. But if you have a Lumia 920, 925, or 928, you can download it now—for free—from the Windows Phone Store. Stupidly, there are caveats here, too. Wait for it: You need the “Amber” update first. And since carriers can block that update, it means that you won’t be able to use Pro Camera until your carrier stops blocking Amber.

So while I was hoping to provide a discussion about what Pro Camera is like on the Lumia 920, I can’t: The device reports my phone is up to date. Which of course it isn’t.