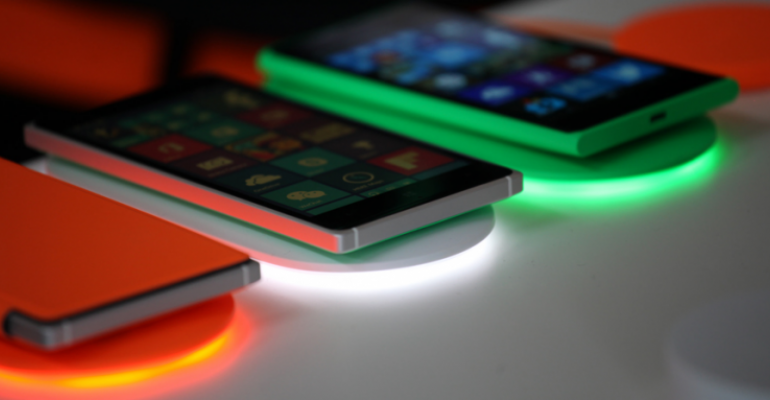 Today Microsoft announced the retail availability of their latest charging plate accessory to go along with some of their Nokia Windows Phone handsets.

The new DT-903 Wireless Charging Plate has some enhancements that look like they will make the device a very cool thing to have on your desktop.

This charging plate can connect to your Nokia Lumia phone that uses the Bluetooth LE (Low Energy) technology and Qi charging to provide you visual light patterns of alerts from your phone for incoming calls, messages, and emails. In addition it will glow if your phone needs to be charged.

The three key pieces you need for these features to work are:

According to the Microsoft Store website product page for the DT-903 Wireless Charging Plate, the following phones can be charged using this accessory:

They even demoed a modified Fatboy Edison Petit Lamp that flashed based on interactions with the phone at IFA Berlin 2014.

It is unfortunately not for sale.