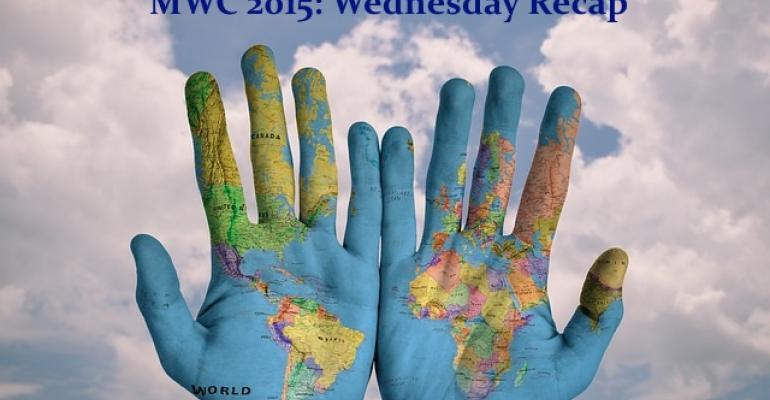 As we get closer to the end of Mobile World Congress for 2015 the real news items tend to fade away as many companies opt to make their big splashes early on.

However, as I have been perusing my normal haunts of social media and RSS feeds I have come across some nice tidbits to share for today’s recap. They are not earth shattering items but they can give you some great insight in the direction Microsoft is headed in the mobile world.

So enjoy what will likely be our final MWC recap for 2015 – unless of course someone surprises us with some big news tomorrow.

The folks over at Windows Central came across this phone handset, the Pixi 3 from Alcatel, running the Windows 10 Technical Preview for phones on it.

This phone is one that was announced back at CES and is a low end handset that comes in a few flavors running several mobile OS’s.

When you head over to the story take a close look at the Windows logo at the bottom of the phone. Looks like the wavy Windows 7 flag doesn’t it?

Kevin Benedict is a senior analyst for Digital Transformation and Mobility at Cognizant and he interviewed Microsoft’s Rob Tiffany about Microsoft Mobility.

Here is the video of that interview:

The International Business times interviewed Jo Harlow, Microsoft Corporate VP for Windows Phones, about wearables, smart watches and the software on them.

According to Ms. Harlow software is the sticking point in this quickly growing arena.

The fan site ICXM.net sat in on a round table discussion with Windows Phone Marketing VP Tuula Rytilä which covered subjects such as flagship hardware, lack of Google services on the Windows app platforms, Xbox on Windows Phone and what is coming in the future for the platform.

It is a great interview and gives a lot of background across all of the above areas and is well worth the read.

In yesterday’s recap I shared the Microsoft Booth tour that Neowin’s Any Weir posted and today he has shared a few more booth tours so I wanted to share those with you as well.

In pictures: A quick look at the HTC stand at Mobile World Congress 2015

In pictures: A look around the LG stand at Mobile World Congress

So as we wrap up coverage of MWC 2015 – does any one item stand out to you from the week?