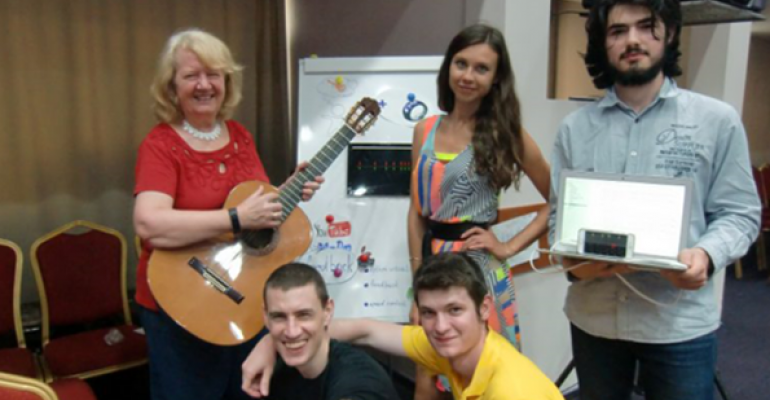 Microsoft’s Next Wearable Feature: Lie Detection or Pay to Play?

With so much rumor circulating about when and if a Microsoft Band 3 might surface this calendar year or early in 2017, it’s great to see some folks at least haven’t yet given up on a Microsoft-branded wearable.

Microsoft Research recently highlighted emerging IoT development technology to a summer school in Russia. The effort was attended by 60 postgraduate students who were carefully selected from across Russia and the Commonwealth of Independent States.  Lectures were delivered for design and machine learning, but also the students were given SensorTag development kits and Microsoft Band devices.

The students were given carte blanche to create solutions based on these devices and development kits. Some of the developed solutions for the Microsoft Band included:

1.       Being used as a device to learn how to play the guitar, the Microsoft Band would vibrate in error when the wrong chord or note was strummed

3.       A fitness punishment device with real world “value” – if a person missed a workout actual money was pulled from their bank account and delivered to chosen charity

BTW: You may have heard from certain sources that a Microsoft Band 3 might not materialize until 2017 and one of those sources was probably Mary Jo Foley. Mary Jo recently dismissed the Microsoft Band 3 outright as being part of an October hardware show Microsoft might be putting on. As Mary Jo put it, with the Band team now part of Panos Panay’s group, getting real information on products is now tougher than ever. However, I’ve reached out to my sources to get clarification on some things.  I have some commentary I’m working up about this – and if it does turn out that Band 3 doesn’t show up until next year, Microsoft may as well just give up. And, you might be surprised to find that I’m fine with that. Stay tuned…