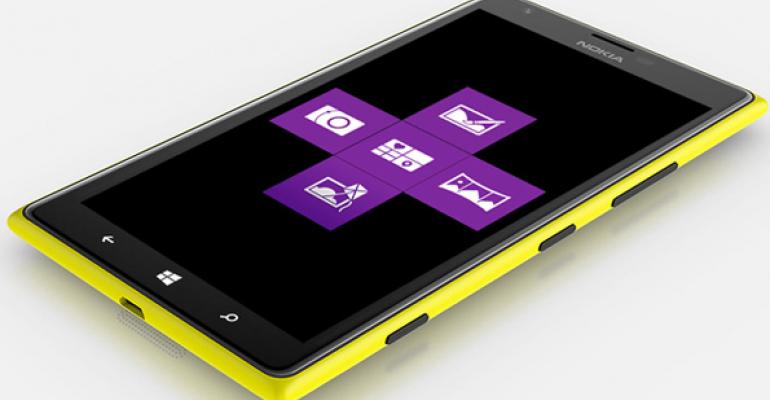 Nothing major, but some new info

Fun fact: Where did Microsoft communicate this information? At the Nokia Conversations blog, of course. Speaking of things that need to be transitioned.

"In line with our recent branding changes, it's only natural that our exclusive Lumia apps follow suit," Microsoft's (or Nokia's) Adam Fraser writes.

Fraser explains that Microsoft previously transitioned Lumia Creative Studio, Lumia Panorama, Lumia Storyteller and Lumia Cinemagraph to Lumia branding. And that with this week's change, Nokia Camera has become Lumia Camera. He also confirms that beyond the naming, these apps are indeed
"still pretty much the same." That is, there are no functional updates.

But there are more updates to these apps coming soon. These include:

Lumia Camera is getting an interesting update in the near future, though these changes will only impact users with a Lumia 830, Lumia 930, Lumia 1520, or Lumia Icon with the Lumia Denim Update. (The 830 ships with this update, but it will be a while before it appears on those other devices.) New features will include much better performance, Motion Capture with 4K/24fps video recording, and Rich Capture with Auto HDR and Dynamic Flash.

Lumia Cinemagraph will get a future update that includes simpler and quicker sharing, first through a new Lumia Cinemagraph Beta app. And you will be able to share these memories on OneDrive, or Facebook and other "favorite social networks" instead of memories.nokia.com. (And if you're already using memories.nokia.com, you'll need to move those cinemagraphs to another service as that site is going away as of January 2015.)

By the way, one issue Microsoft has not addressed is whether it plans to deliver these Lumia branded apps on all Windows Phone handsets. My guess is no: This post refers to them as "exclusive Lumia apps" and this seems like a change Microsoft would want to highlight if it were happening. On that note, let me cast my vote for opening them up, at least the ones that would work consistently on other phones: Not doing so essentially punishes customers for choosing non-Microsoft Windows Phone handsets, which makes no sense at all.