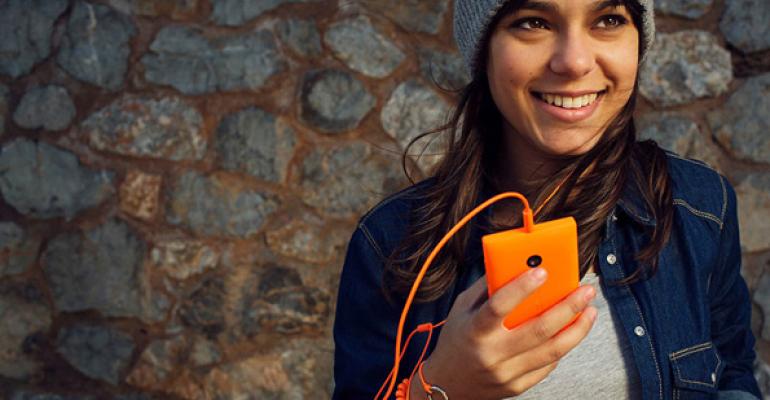 Addicted to the low-end of the market

If you've been pining for a new Lumia flagship, please avert your eyes. Microsoft this morning announced two new Lumia handsets running Windows Phone 8.1 and Lumia Denim. And while both are aimed at the absolute bottom of the market, one is being marketed as the "most affordable Lumia yet."

That's saying something given the Crazy Eddie pricing we saw last year with the Lumia 530, the first Lumia I was unable to recommend under any circumstances. Since that release, Microsoft has released three impressive phones in the low-end and mid-range of the market—the Lumia 535, Lumia 730/735, and Lumia 830—but it has resisted the admittedly futile high-end of the market.

So what do we have here?

Microsoft has announced two new Lumia models, the Lumia 435 and Lumia 532, and both will come in a suddenly common dual-SIM variant as well. (And for whatever it's worth, I really prefer for Microsoft to keep the same model number for dual-SIM phone variants as they are doing with the 532, and didn't do with the 730/735.)

If you live in the United States or some other established, first-world smart phone market, these phones are not for you. Instead, the Lumia 435 and 532 are aimed at select countries in Europe, Asia-Pacific, India, the Middle East and Africa, the key phrase being "select countries." And they're cheap, really cheap: The Lumia 435 will cost just 69 euros (about $80), while the Lumia 532 will retail for 79 euros ($93).

From a value perspective, these devices actually seem more in-line with the times than, say, the Lumia 530, which again is an abomination. And like the Lumia 73x and 830, they bring higher-end features down to a lower price point than ever, which will certainly be appreciated by customers. That means front-facing cameras for Skype and selfies, colorful and customizable shells, a full 1 GB of RAM, and 8 GB of internal storage (compare to just 4 GB in the 530). Both come with the very latest OS (Windows Phone 8.1 with Update 1) and firmware (Denim) versions (including Glance), and both work only with 3G networks.

As its name suggests, the Lumia 435 is the lowest-end Lumia ever made, and as noted previously it's the cheapest one too. (This is the first 400-series Lumia.) It features a dual-core 1.2 GHz Snapdragon 200 processor, 1 GB of RAM, 8 GB of internal storage with microSD expandability, an 800 x 480 4-inch transmissive LCD screen and a woeful 2 megapixel rear camera. The cover pops off so you can replace the battery and exchange the cover for another color (orange, green or white) shell. And it includes ambient light, accelerometer, and proximity sensors.

The Lumia 532 is powered by a quad-core 1.2 GHz Snapdragon 200 processor, 1 GB of RAM, 8 GB of internal storage with microSD expandability, an 800 x 480 4-inch transmissive LCD screen and a 5 megapixel rear camera. The cover pops off, and Microsoft offers two different types of replacements: orange, green or white replacement shells, but also orange, green or black covers that include a card holder. Like the 435, it also includes ambient light, accelerometer, and proximity sensors.

Both devices will be available starting in February, Microsoft says.