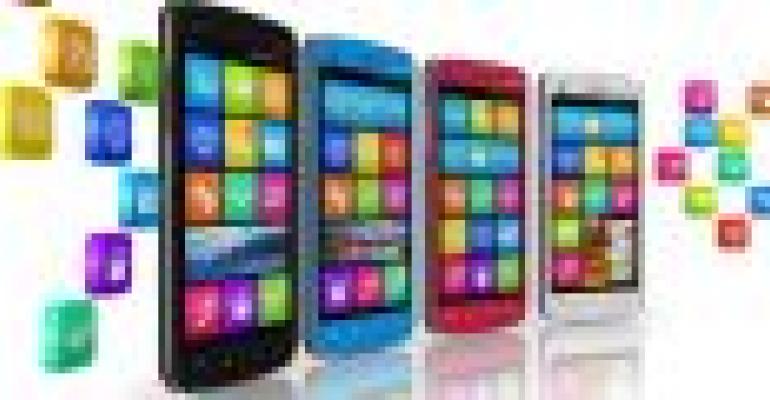 Microsoft announced the beta release of the first service pack for System Center 2012 on Monday. This doesn’t sound like a big deal on the surface, but buried in the announcement is some interesting information about how the software giant intends to manage devices like Windows Phone 8 and Windows RT at work, both with System Center and its cloud-based cousin Windows Intune.

As a bit of background, both Windows Phone 8 and Windows RT share the same NT-based kernel and other core technologies found in Windows 8, but both target devices rather than PCs. Windows Phone 8, of course, is aimed at smartphone handsets, and although the UI will be very familiar to existing Windows Phone users, the underpinnings are quite different. For developers, this is potentially good news because the development framework for Windows Phone 8 (called WinPRT) is very close to that for Windows 8 (called Windows Runtime, or WinRT).

Windows RT is perhaps less well understood, but it’s nothing less than an ARM-based version of Windows 8, complete with the same UIs (Metro and desktop), development framework (WinRT) and apps model, and (for the most part) peripheral compatibility. Put another way, Windows RT is basically Windows 8, minus a handful of built-in applications (Windows Media Player and Storage Spaces) and minus one key bit: the ability to run desktop applications that aren’t bundled with the OS.

To date, Microsoft has been mostly silent about how business environments would manage these device-based platforms, although I’ve guessed -- accurately, as it turns out -- that the firm would evolve its existing PC management tools -- the on-premises System Center and the cloud-based Windows Intune -- to support this. And with this week’s announcements about the beta release of System Center 2012 SP1 and coming changes to Windows Intune, Microsoft has finally admitted this to be the case.

If you’re familiar with how Windows Intune works today, you know that the current version of this service already manages mobile devices as well as PCs, and that it uses an Exchange ActiveSync (EAS)-based infrastructure to do so. This puts Intune in the embarrassing position of more fully supporting Microsoft’s competitors -- iOS-based iPhones and iPads and Android-based phones and tablets -- more fully than products based on its own platform, Windows Phone. And that’s because the current Windows Phone version, 7.5, only respects a subset of available EAS policies. (Among the missing are key policies such as device encryption.)

Because support for these missing policies are being added by Windows Phone 8, I expected this situation to improve accordingly. And as part of this week’s announcements, Microsoft finally admitted as much: The next release of Windows Intune, due in early 2013, will manage Windows Phone 8 more fully thanks to new capabilities in that OS.

It will also manage Windows RT. Previously, Microsoft only hinted that Windows RT -- which also supports EAS but not Active Directory and Group Policy like a “full” Windows installation -- would offer better management capabilities than what’s offered by EAS support. Today with Windows Intune, you can deploy apps to supported mobile platforms (using a side-loading technique that varies from platform to platform) and perform other actions, such as viewing compliance reports. These capabilities, available today for iOS and Android, will be brought to both Windows RT and Windows Phone 8 as part of that early 2013 update.

So what about System Center? One of the oddities of Microsoft’s management products today is that Intune isn’t a true superset of System Center, currently, because Intune supports, among other things, that mobile app deployment capability that System Center lacks. I was told earlier this year that the two products would never truly overlap, although of course work would be done to bring them closer together. And with SP1 for System Center 2012 we see the beginning of such a move.

With SP1, System Center 2012 will continue to be able to manage application deployments to Windows (including Windows 8 and Windows Server 2012), and it will gain the ability to deploy and manage USB-based Windows To Go drives, a unique feature of Windows 8 Enterprise, as well as Windows Embedded thin clients, Point-of-Sale (POS) terminals, digital signage, kiosks, and ThinPCs. But instead of driving mobile app deployment features into System Center, Microsoft will provide interoperability between System Center and Intune so that admins manage Intune-based devices through the Configuration Manager administration console.

Although true mobile app deployment from System Center is arguably more desirable for on-premises hold-outs, this interoperability isn’t necessarily bad. Forward-leaning industry trends such as Bring Your Own Device (BYOD) -- an extension of the now established trend of the consumerization of IT -- go somewhat naturally with a cloud-based management service, like Intune, which is arguably just as forward-leaning. It’s the peanut butter cup model: two great tastes that go great together.

As for pricing, which is my one bugaboo with Intune, that’s up in the air. System Center customers will gain access to Intune at what Microsoft says is a reduced price. Likewise, the next Intune will come with license rights to System Center 2012 Configuration Manager, enabling this cross-tool management functionality from the other direction as well.

And Intune is switching from a per-device to a per-user licensing model, in which each user license for Windows Intune covers up to five managed devices. I thought this had already happened, but looking back on my notes for the current Intune version, I see that it offers a per-user license where each user can connect up to five devices. So although I hope this change is tied to lower Intune pricing, Microsoft is implicitly lowering Intune pricing regardless by introducing a lower-cost version that doesn’t include upgrade rights for the Enterprise version of Windows client.

However you look at it, Microsoft is in the midst of revving its PC and device management solutions to support a coming new generation of Microsoft mobile platforms based on Windows Phone 8 and Windows RT. And that should make devices based on these platforms even more enticing to Microsoft-oriented IT shops.
TAGS: Mobile Management and Security Windows 7/8 Compute Engines
1 comment
Hide comments
Related