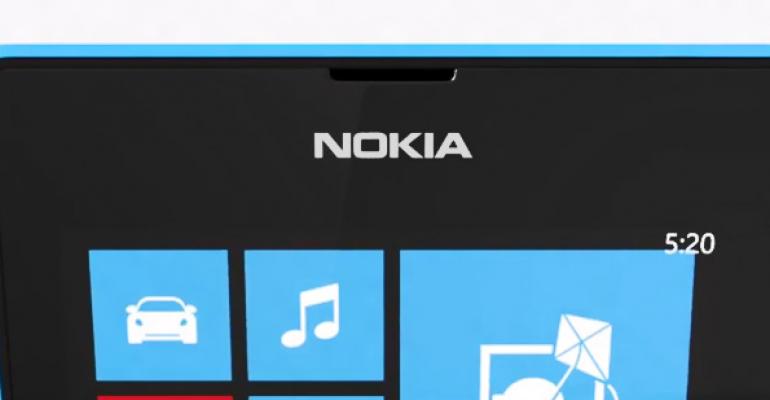 For months, we’ve seen evidence that Nokia’s high-quality but low-cost Lumia handsets have begun dominating the sales charts in all of the markets in which they’re offered. And while I’m a huge fan of the firm’s flagship devices—the Lumia 92x line, of course, and the recently-shipped Lumia 1020—the future of Windows Phone is very much in the hands of low-end devices like the Lumia 520 and 521. Fortunately, these little wonders are very much up to the task.

Here in the United States, the Lumia 520 is offered through AT&T Wireless’ GoPhone service, while the Lumia 521 can be had from T-Mobile. Both are contract-less phones, meaning you buy them up-front and own them. And both are really inexpensive: The Lumia 520 is $99.99 and the Lumia 521, normally $149.99 at retail, is selling for about $120 on Amazon.

Both are nearly identical devices with the same 1 GHz Snapdragon microprocessor, 512 MB of RAM, 8 GB of internal storage (with micro-SD expansion), 4-inch screen running at 800 x 480, 5 megapixel rear camera (with no flash and no front camera), and removable back with replaceable (and potentially color) shells. (That said, the 521 only comes with a white shell at the moment.)

They’re small phones, though the recently release Lumia 625—which isn’t (for now) available in the US—shows that Nokia isn’t particularly interested in tying the term “low-end” with “small” but is instead offering users some choice. I’m interested enough in the 625 that I’ve ordered one from an international outlet, but if it’s anything like the Lumia 620 it replaces (or at least complements)—or like the Lumia 520/521—its users are going to be in good shape.

Anyway. I’m not particularly interested in personally using a low-end smart phone regularly when I have so many flagship devices to choose from. But the market for these devices is obvious. For the budget-conscious, it’s hard to go wrong with such a handset. They’re great options for kids. And they’re also tremendous standalone media players, sort of a modern and more modern replacement for a Zune device.

Outfitted with a 64 GB micro-SD card—roughly $60 at Amazon, for a total cost of $160 to $210—a Lumia 520/521 is also an affordable media player: A 64 GB iPod touch costs $400, by comparison. It includes an excellent Music + Videos hub and can sync music, videos and podcasts from your PC, or you can access music and podcasts directly on the device. With an Xbox Music Pass--$99.99 a year, works with 4 devices plus the web—you have access to Microsoft 20+ million song collection, offline and on the go. That’s how I’m using it.

But it’s not just the Microsoft stuff. I have Nokia Music+, Pandora, Rhapsody and Spotify on my Lumia 520, and Audible too, and more entertainment choices are available. You can choose from various third party podcast solutions. You can run Netflix on the devices, if you want to. The devices are small and light, and work wonderfully. The 520 has replaced on old Windows Phone 7-based Samsung Focus as my own media player.

I really enjoy this little phone. And if you’re one of those folks worried about transitioning from the Zune ecosystem to Xbox Music, a topic I’ll be writing about more soon, you should really take a look. With or without a wireless contract, the Lumia 520 and 521 are both excellent devices.