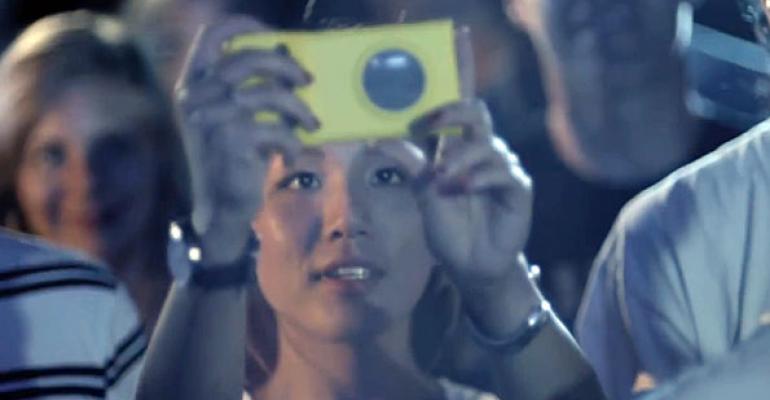 The Nokia Pro Camera software is one of the key benefits of the Lumia 1020, tied as it is to the capabilities of the device’s incredible 41 megapixel PureView camera. But one thing you may not realize is that Pro Camera has actually been updated several times since the 1020 launch earlier this month. And one of the recent updates delivered an interesting new feature called exposure bracketing.

(And yes, before anyone emails/comments about this: Nokia Pro Camera will eventually be made available to users of the Lumia 920/925/928 as well. I know. But it’s fair to say that the best results will always be achieved by the best software and the best hardware. And today, that means the Lumia 1020.)

You may recall that while Nokia Pro Camera works quite well in its default automatic mode, one of the neat things about this camera software is that it also provides manual control over white balance, focus, ISO, shutter speed and exposure value (EV) via a handy strip of onscreen buttons. Each triggers a unique “ring” UI for adjustments, and you can see how changes to each setting will impact the resulting photo through the viewfinder. So these controls are useful to both experienced photographers and the point-and-click set, in the latter case because they’re a neat way to learn how to use features that are perhaps a bit too complex for many. And in learning how these features work, you can also take better pictures.

On that note, let’s talk exposure. For the uninitiated, exposure is a measurement of the amount of light that is allowed to enter the camera sensor, or exposed to the sensor while the shutter is open. Ignoring other factors, the higher the exposure, the more light is let in. Photographers often over- or under-expose shots to achieve certain looks, and can combine these changes with different shutter speeds (“exposure time”) to reduce or maximize motion blur.

Pro Camera lets you manually adjust something called exposure value (EV), which we may think of as simply “exposure,” since the effect of changing this setting is to change the amount of light that is exposed to the camera sensor. And via a recent software update, Pro Camera has picked up a related exposure bracketing feature that lets you take 3 or 5 shots of the same subject back-to-back, each with its own exposure setting. Without exposure bracketing, you could manually change the EV setting repeatedly, taking a new shot of the same scene each time. That works, but is time consuming and tedious.

In practice, exposure bracketing is still a bit tedious, mostly because of the 3 second lag time between shots that is caused by the Lumia 1020 disk write speed. But it works. First, you enable the feature via a new Bracketing menu item, which works only for the next time you press the camera button (on-screen or hardware).

Here, you can choose the number of exposures (3 or 5) and the range, which is measured in EV and varies from small to great exposure value differences.

Then, you frame and focus the shot normally. When you press the camera button, the first shot will fire with the first exposure value in the range, and then it’s written to disk. Then, the remaining shots will be taken in sequence, each with that three second pause between them. A tripod is advisable for best results, but you can you can simply hold the phone normally in your hand as well.

The results will vary according to the actual lighting conditions around you and by the range you selected. Generally, the smallest range (-0.5EV to +0.5EV) will provide subtle differences between each shots while the highest range (-2EV to +2EV) will result will quite obvious differences, with one very overexposed and one very underexposed shot.

Here’s a set of shots with a wide exposure range (normal, or 0EV first, then under- and over-exposed):

And a set with a medium exposure range. (Same order, notice the "C" key.)

Because of the shot delay on the 1020, exposure bracketing isn’t something you’ll want to use regularly, and especially not while out in the world taking snapshots. But if you’re feeling experimental, it’s a neat way to understand how your handling of light can impact the pictures you take.