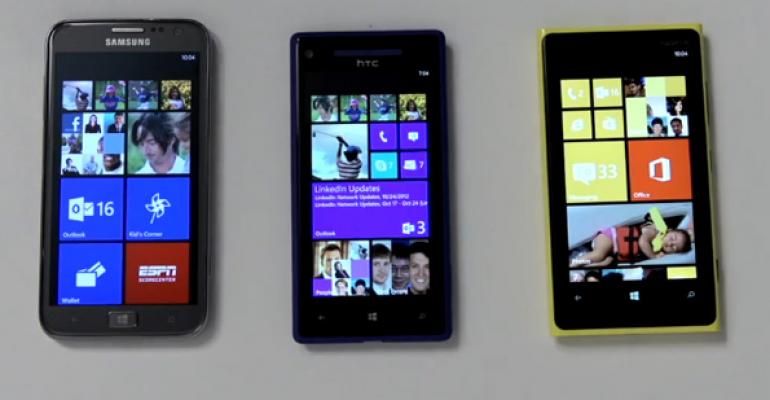 Will Windows Phone ever be successful? I'm not so sure

I love Windows Phone, but I’m not delusional about its position in the market place. The market researchers at IDC, alas, are delusional. And they still believe that Microsoft’s little-used mobile platform will somehow establish itself as the clear number three choice behind Android and iPhone.

Remind me again: Why should we believe anything these people predict?

To be fair, IDC wasn’t alone. Gartner and iSuppli also predicted that Windows Phone would achieve 20 percent market share by 2015. Perhaps some form of group hypnosis was occurring, a weird phase of the moon in conjunction with some planetary alignment or whatever.

IDC’s latest report on smart phone market share is, at least, entertaining. The big picture stuff is that Android is number one and will continue to be number one for the foreseeable future. iPhone, too, will maintain its number two position, and control only one-third the market of Android.

And now the fantasizing begins.

“Windows Phone will build on the progress it made in 2012, with Nokia establishing its presence and HTC solidly jumping back into the race,” IDC notes. “Moreover, contributions by Samsung, ZTE, and Huawei will help grow its footprint. With more vendors releasing more devices aimed at multiple segments, sales associates will be better positioned to tell a compelling Windows Phone story and to explain the value of Windows Phone's differentiated experience compared to market leaders Android and [iPhone].”

There’s even a chart. I’ll zoom in a bit so you can actually see the real Windows Phone market share, which appears only in the first column; the other two are predictions. It’s the red line. About one pixel high.

So. What are we to make of this?

Best case scenario—i.e. IDC’s downwardly revised prediction of today—Windows Phone accounts for just over 10 percent of the smart phone market by 2016, a full SIX YEARS after the platform was first launched. With the understanding that I’m usually not the sunniest guy in the world, there’s no way to contort that into good news. There just isn't.