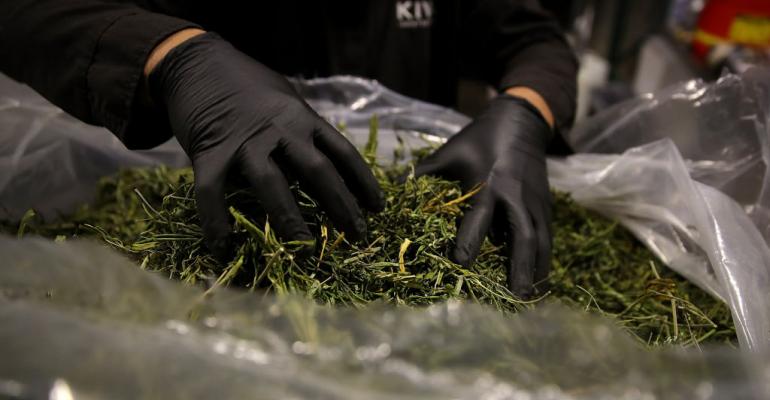 HP Inc. hopped on the pot bandwagon, offering a more official way to process all that cash dispensaries are collecting.

Bloomberg) --HP Inc. hopped on the pot bandwagon, offering a more official way to process all that cash dispensaries are collecting.

The computer maker will sell a cash register system to marijuana businesses through Flowhub LLC, which will pre-load the terminals with its legal compliance software. The idea is to do away with the tablets that many dispensaries rely on now to process transactions.

“Retailers across a wide range of industries use our hardware in their store operations,” HP said in a statement to Bloomberg. “Our retail solutions are widely available and used by all sorts of customers as they see fit to meet their business need.”

As voters have whittled away laws against pot, the drug has become an attractive growth business. The regulated cannabis industry had sales of $6 billion in 2016, which is expected to soar to $75 billion by 2030, according to Cowen & Co.

Even former U.S. Speaker of the House John Boehner -- a onetime marijuana foe -- reversed course on the drug and joined the advisory board of Acreage Holdings, which cultivates and dispenses cannabis.