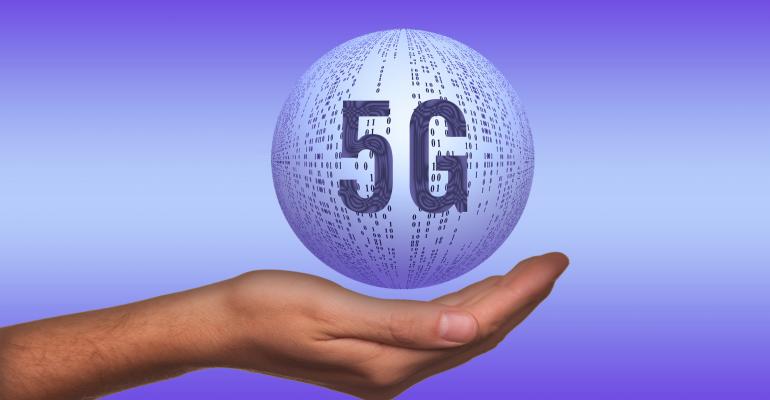 This couldn’t come at a worse time for phone carriers, which are preparing the shift to fifth-generation networks that promise to lay the foundation for future technologies from autonomous cars to smart cities. Here’s a run-down on how the ban could throttle the global rollout of 5G.

(Bloomberg) -- Huawei Technologies Co. looked like it would survive a U.S. campaign to persuade its allies to block the supplier from their new mobile networks. Now, President Donald Trump’s move to put the company on an export blacklist threatens to shake the entire telecom industry.

The U.S. move threatens to cut off the world’s largest provider of networking gear and No. 2 smartphone vendor from the U.S. software and semiconductors it needs to make its products.

It couldn’t come at a worse time for phone carriers, which are preparing the shift to fifth-generation networks that promise to lay the foundation for future technologies from autonomous cars to smart cities. Here’s a run-down on how the ban could throttle the global rollout of 5G:

Huawei has been trying to race ahead of its rivals to become the top player in 5G, and has signed 40 5G commercial contracts so far, with over half in Europe, according to Huawei Chairman Liang Hua.

Early movers like the U.K.’s Vodafone Group Plc and BT Group Plc have spent months erecting thousands of 5G antennas in the centers of the biggest cities across the U.K., many supplied by Huawei, for 5G launches in the coming weeks and months. This means they’ll be ready for customers to buy and use the first next-gen handsets.

Huawei has already been excluded from the “cores’’ of many European telecommunication networks -- that is, the layer privy to sensitive information and control privileges. But it’s become a dominant force in the lucrative remaining segment mainly made up of radio antennas.

The new sanctions have inflamed the dilemma faced by phone companies: whether to stick with Huawei through the growing storm, or bite the bullet and abandon it in favor of other vendors like Nokia Oyj, Ericsson AB or Samsung Electronics Co.

Read more on how carriers are reacting to the U.S. Huawei clampdown

Ditching the Chinese company and switching to these firms could mean ripping out the Huawei-built 4G foundations they’d planned to bolt its 5G radios onto, a move that they say would cost billions as well as choke competition and innovation in the market.

That would be "almost impossible," said Reza Hagel, managing director at telecom procurement consultancy FOCUS. "It’s like setting off a bomb under a building and then rebuilding it."

Huawei has won about a third of Europe’s network equipment market. Throwing out all Huawei infrastructure is a nuclear option that would cost the industry billions, according to Deutsche Telekom AG, as well as incur delays to 5G as long as 18 months, said Three U.K.’s CEO David Dyson.

A number of handset makers have begun launching 5G phones. If carriers are forced to ditch Huawei entirely, then having a decent 5G network to service these handsets will be delayed considerably.

Even if the networks withstand the infrastructural earthquake, Huawei is still one of the only manufacturers to have 5G-capable smartphones ready for consumers, but they’re reliant on Google’s Android and most aren’t on sale yet. Under Trump’s export ban the Alphabet Inc. unit isn’t allowed to give Huawei access to the most popular version of its mobile operating system, This leaves the Chinese company with a choice as potentially costly as those felt by networks: ship its phones with software mainstream consumers don’t want, or just don’t ship them at all.

The latter option would benefit Korean rival Samsung, which has a 5G version of its popular Galaxy line ready to go. Huawei may decide to use an open-source version of Android that doesn’t require Google’s blessing to use, or even build its own, but this will lack key features that drive sales, such as the Google Play app store, Gmail, and YouTube.

Users who’ve already bought one of Huawei’s existing phones shouldn’t be affected, as Google can keep pushing security updates for now. But as none of those models contain 5G technology, it won’t help Huawei capitalize on any next-generation mobile networks it’s helped build.

Huawei also makes laptops and tablets, enterprise computer hardware, 5G home routers and smartwatches, in addition to the telecom infrastructure at the heart of international security concerns. All are threatened by the Trump administration’s move because Huawei depends on U.S.-made components to manufacturer them.

Chipmakers including Intel Corp., Qualcomm Inc., Xilinx Inc. and Broadcom Inc. have told their employees they will not supply Huawei until further notice. But smaller tech companies may be harder hit.

Chipmaker NeoPhotonics relies on Huawei for about 40% of its sales, according to data compiled by Bloomberg, while Qorvo Inc. and Skyworks Solutions Inc. support its smartphone and base-station businesses and count on Huawei for 11% and 10% of their sales respectively.

Seagate Technology Plc is a supplier of hard drives and has about a 5% exposure to Huawei, according to Bloomberg data, and even the durability of smartphones is at risk: Huawei is a customer of Corning Inc., which manufacturers a resilient type of glass used to protect delicate portable displays.

Like the impact to tech companies, the potential for collateral damage may spread beyond the big carriers. In the U.S., purchases of Huawei network gear are confined to smaller companies attracted to lower costs after pledges not to use the supplier by four nationwide carriers AT&T Inc., Verizon Communications Inc., T-Mobile US Inc. and Sprint Corp.

Huawei customers such as Eastern Oregon Telecom -- which provides broadband and telephone service to 4,000 customers in a remote corner of the Northwest -- are now trying to figure out how their operations may be affected.

For now, carriers are unsure whether Huawei will stay on the U.S. export blacklist, or whether Trump’s escalations are a negotiating gambit in the broader U.S.-China trade war which could later be discarded. On Monday, the Commerce Department granted a 90-day reprieve for certain U.S. broadband companies and wireless customers using Huawei equipment. Meanwhile, European governments are still weighing security restrictions of their own.