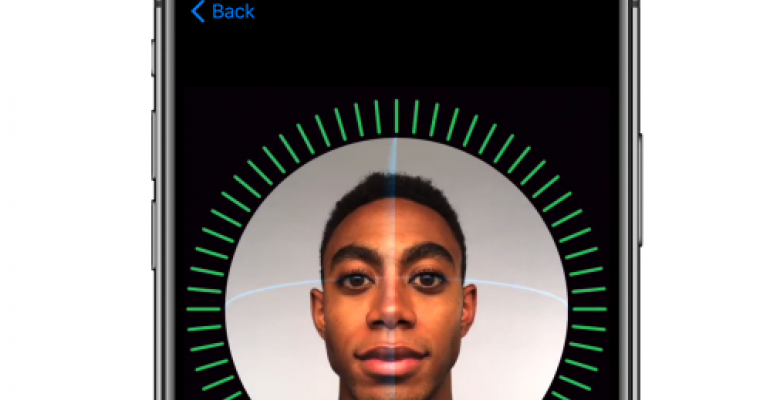 Reports of manufacturing delays for parts needed to offer 3D face sensing technology mean Apple will be the sole provider of any scale for 3D facial recognition until 2019. The current 2D facial recognition technology used in Android phones offers less robust security--in some cases, it can be tricked by a photo of the user.

Apple’s need for vertical-cavity surface-emitting lasers (VCSELs), Reuters reported, means the company may have a two-year lead in incorporating 3D facial recognition for iPhone. That doesn’t mean other devices are less secure on the whole, but it does mean Android users will have to wait to use 3D technology for advanced features like making purchases, and instead will need to use other methods, like secure passwords and fingerprint recognition.

"The use of 3D face recognition doesn’t necessarily provide better data security for devices that have it versus those that don’t,” said Andrew Blaich, a senior security researcher at mobile security firm Lookout. “3D face recognition technology, like FaceID on iOS, instead strikes a balance between security and user experience. While Apple made FaceID relatively secure, it doesn’t replace strong device passwords that are beyond a four- to six-digit PIN code. Instead, FaceID on iOS makes it easier and quicker for users to access their device with valid facial features. At the moment, the same cannot be said for facial recognition technologies on Android.”

Reuters reported that parts makers Viavi Solutions, Finisar and Ams AG are all seeing delays. Meanwhile, Apple has kept makers of VCSELs busy, locking up the supply in the short term. Smaller Android manufacturers may offer models with 3D facial recognition by the end of the year, but it’s unlikely, analysts say, that larger players like Samsung or Google will offer the feature until next year.

“As Android device manufacturers look to mimic Apple’s design and features, we may start to see similar technology come to Android in the future,” Blaich said. “For example, we’re already seeing a lot of devices with the iPhone X’s notch. Yet, because of high-quality material shortages or patents, the features we see in the first generation of 3D face recognition tech on Android may actually be worse than that on the iPhone. We may also see manufacturers skip the 3D face recognition feature initially and instead opt for features that compare to the iPhone’s FaceID to provide a secure and smooth user experience, like Qualcomm’s under-display fingerprint scanner.”

Currently, Android’s 2D facial recognition technology can be fooled by a photo of the phone’s owner, which necessitates the need for extra cameras and sensors used by the iPhone X, Blaich said.

“No one wants to have to enter a long, complex password every time for daily tasks,” he said. “Manufacturers will need to implement technology that provides some level of security with a smooth user experience as requirements to secure authentication for services like in-app purchases, digital wallets and contactless payments continue to evolve.”

Apple initially purchased the VCSELs primarily from Lumentum in California, but production slowdowns last year led to a  $390 million deal to purchase VCSELs from Texas-based optical communications component maker Finisar. The deal was part of a $1 billion fund Apple created to invest in U.S.-based companies.

In addition to 3D facial recognition for iPhone, VCSEL technology allows some of Apple’s other features, including Animoji and Portrait mode selfies and the proximity sensing feature in Airpods, according to Apple.

How the Samsung Galaxy S9 Smartphone Line Holds up in the Enterprise
Mar 16, 2018