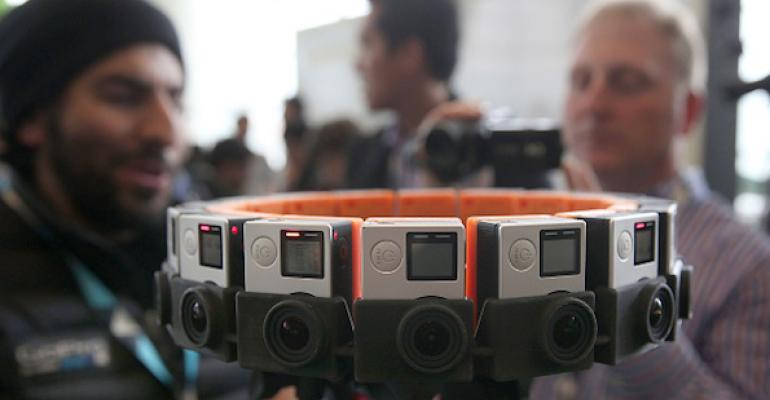 As traditional e-mail falls out of favor with a growing sliver of the population, Google has struggled to release newer messaging tools that resonate widely.

(Bloomberg) -- Google nailed e-mail with the 2004 introduction of Gmail. Now it's the No. 1 form of electronic correspondence in the U.S.

But as traditional e-mail falls out of favor with a growing sliver of the population, Google has struggled to release newer messaging tools that resonate widely.

A confusing array of communication options has held Google back. It has two e-mail services -- Gmail, which is the top e-mail service in the U.S. based on unique visitors, according to ComScore, and Inbox; three text offerings, Hangouts, Messenger and the upcoming Allo; and now two video chat services, Duo and Hangouts (which offers texting and video calls).

This scattershot approach, and Google’s late start, is becoming more costly for the Alphabet Inc. division as messaging evolves from a simple way to communicate quickly into one of the next big technology platforms supporting digital commerce, advertising and new services powered by artificial-intelligence.

"Google missed it because of the requirement that you needed a Google ID to communicate with others," said Ankit Jain, a former Googler and executive at SimilarWeb Inc., which measures website and mobile app usage.

Hangouts ranked 84th among Android apps in the U.S. in July, based on installs and usage, according to SimilarWeb. That lagged Facebook Messenger, WhatsApp and Snapchat.

Nick Fox, a 13-year Google veteran, was tasked by Google Chief Executive Officer Sundar Pichai 18 months ago with fixing the sprawl. Soon after, his new team formulated a strategy and started building Duo and Allo.

"Google sees communication as this essential human need, whether that’s through text, a picture, calling someone or doing a video call." Fox said in a recent interview.

This insight is a decade old and has guided Facebook’s strategy since its creation in 2004. Asian companies, like Tencent Holdings Ltd.’s WeChat and Line, have grown into tech powerhouses by connecting people through communication apps and offering related services on top of their networks. Skype, founded in 2003, became a leading video chat app on a similar foundation.

So how is Fox going to catch up? Job number one is clearing up the bloated smorgasbord of Google communications services.

Hangouts will be a workplace service, offering group video conferencing mostly via desktop computers and office laptops, Fox said. It will be integrated more with Google’s work software, such as Docs, Sheets and Slides, which will be easier to share.

Duo is a mobile app and only allows one-to-one video calling, limiting it as a consumer offering. Allo, a messaging service coming out later this year, will also target consumers, Fox said. Google’s Messenger is a basic text system, part of a group of services provided to wireless carriers that work closely with Android.

The second tactic: Bringing what Fox says is better technology to the new services to catch up with rivals.

Duo constantly performs "bandwidth estimation" to understand how much video can be delivered. If Wi-Fi weakens, it switches to a phone’s cellular network. If a cellular signal drops as low as 2G, Duo will automatically cut video and maintain audio.

Allo will use Google’s expertise in AI to automatically understand texts and provide useful suggestions. Google will also let third-party developers create chatbots that will interact with Allo users through messages. That’s already being tried by other companies such as Facebook and Microsoft, but Google has been working hard on AI for about a decade, so it may be more advanced.

"First build a great product," Fox said, repeating a common Google mantra. "Once you get people to love it, they will share it with friends and co-workers and it grows."

Google was late in other technology and caught up, Fox noted. Gmail started in 2004, more than six years after Yahoo Mail, but Google’s offer of mountains of free storage won over hundreds of millions of users. Google’s Chrome emerged in 2008 -- over a decade after Microsoft’s Internet Explorer -- and is now the most popular web browser partly because of speed and frequent updates.

Better technology may not be enough to catch up, Jain said. WhatsApp and Snapchat offered something useful enough to persuade many people to switch away from their existing communication service where all their friends already were.

Duo’s promise of video calling for everyone on Android and iOS is something that Hangouts already offers, but that didn’t move the needle enough, he noted.

"It’s worth another shot, but having better tech can’t be the only thing," Jain said.