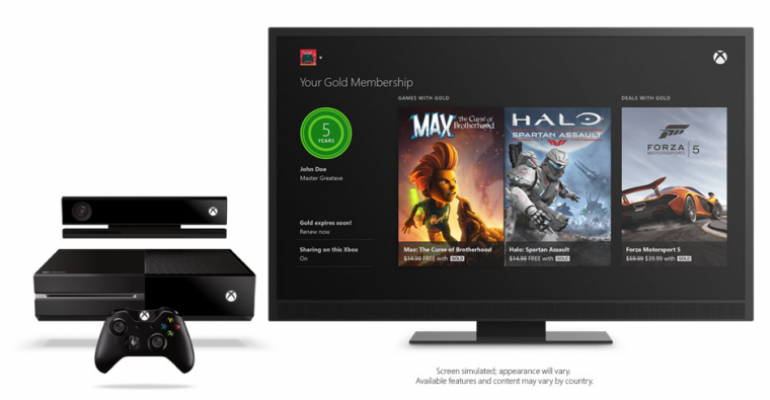 If you have been waiting for a good excuse to join Microsoft’s Xbox Live Gold membership program then this $20 discount on a 12 month Xbox Live subscription from the Microsoft Store might be the perfect catalyst.

Membership in Xbox Live Gold brings a multitude of benefits beyond just multi-player matchmaking these days.

Games with Gold – Every month free games are offered for both the Xbox 360 and Xbox One consoles that allow you to slowly build up your games collection.  Among the free offerings this month are Worms Battleground (Xbox One), #IDARB (Xbox One) and Sniper Elite V2 (Xbox 360).

Deals with Gold – Every week a new list of discounts are published that provide great savings on popular games and is another way to inexpensively build your game collection.  The most recent example of the massive savings possible with Xbox Live Gold was the Xbox Ultimate Game sale from last week. For example with this week’s offerings on Xbox One you can get Assassin’s Creed IV Black Flag for 50% off, Thief for 67% off and Sleeping Dogs Definitive Edition for 60% off.

Even if you had to pay full price for your annual subscription there are now enough discounts and free games offered throughout the year to easily offset that cost.

The best way to keep up when new items are announced in these two areas of Xbox Live Gold is to follow Xbox Live’s Major Nelson, aka Larry Hryb, on Twitter at @MajorNelson.

The discount is available as a digital download or they can ship you a physical card. To be honest just have them send you the digital code – no need to wait on the card as all you need is the code anyway.

Pro tip: Keep an eye out for these sales starting about 6 months from your current expiration because there is never a reason to pay the full $59.99 subscription price for your Xbox Live Gold.