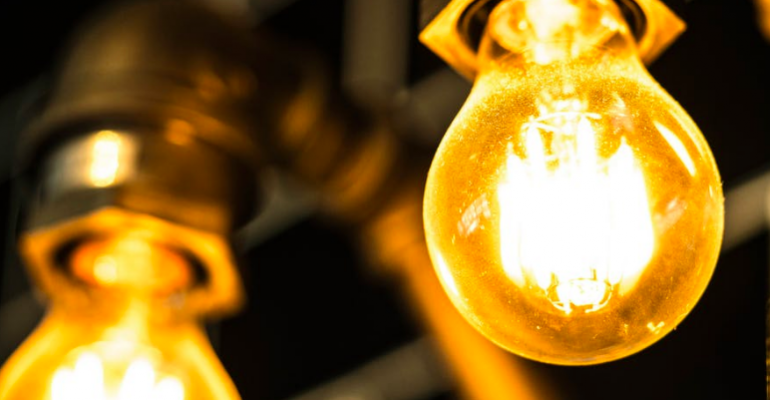 The Future of the Network: Get More or Get Smart

When planning for the future of the network, we can do what we have always done or we can "Get Smart."

I recently did a presentation for an FCC advisory committee that’s looking into how the increasing volume of computing at the edge of the Internet is driving demand for network bandwidth. I opened my talk with a chart from the Cisco Visual Networking Index, an online document that forecasts network bandwidth demands over the next few years. So, let me cut to the chase: Cisco sees aggregate annual global bandwidth demand on the order of 292 exabytes in 2019. That’s 292 times the IP traffic volume--combined fixed and still-rapidly growing mobile--of 2000, with demand still growing and mostly driven by streaming video. The immediate conclusion is that we need to get started on adding bulk to the Internet--and our own organizational networks--to handle this load.

As it turns out, there are two key schools of thought on how to approach the network-capacity challenge. I call them Get More and Get Smart. Let’s look at each.

Get More is the obvious direction for dealing with the growing capacity challenge, and it's really what we’ve been doing with networks all along to enhance capacity--more of the same, but faster, better and cheaper.

Get More has historically been a very reliable strategy, based on the benefits that accrue from improvements in basic technologies (primarily chips and protocols) that regularly and reliably appear at lower prices or at least with constantly improving price/performance ratios. This is the faster/better/cheaper noted above.

All we need to do, then, is simply add more of the components we already know, love and understand--like Wi-Fi access points, Ethernet switches and WAN capacity--as required, either to address growing demand or to take advantage of those newer technologies or, really, both. This path, then, really is easy: Buy what you need; add more as you need more; realize better value without much (if any) effort beyond writing a check and installing the gear (including new software, like management and analytics); and overprovision, as we must always to assure the headroom required for day-to-day growth and time-bounded traffic, as well as end user productivity. Indeed, what could be easier?

To be fair, the alternate strategy, Get Smart, really isn’t easier today. However, it might be much easier, and cheaper, over the long run, as the technologies involved mature. Get Smart is based on taking advantage of new technologies that present themselves in the form of paradigm shifts--getting the same job (networking) done, but in new and more productive ways.

Here are the leading Get Smart directions today:

So, how can IT management decide which of these two strategies--Get More and Get Smart--will be the best alternative in their own individual cases? Begin with the information central to operations, and how and thus where this data is most efficiently and productively stored and processed. Then think about how the creation, distribution and management of this information will evolve over time and how IT can best carry out this mission.

It's also important to conduct a financial analysis of the two options.

Ideally, Get Smart will improve the productivity of network operations staffs, whose associated costs are a huge chunk of operating expense (OpEx). And, unlike the capital expense (CapEx) at the heart of Get More that improves over time in the form of enhanced price/performance, OpEx only grows as people get more expensive (but not necessarily more productive) over time.

This is why Get Smart is so interesting and why, we believe, this strategy will become the dominant of the two choices. Add in improved performance, reliability, security and availability, and Get Smart can’t lose--over the long run, anyway.

The right tools and techniques for any given case derive from a complete consideration of the above elements. In many cases, just more of the same will work fine. After all, that’s what most end user organizations have always done, and, as long as end users are happy with network performance and budgets remain bounded, all really is well.

But, in an increasing number of situations, adding intelligence and not just bulk will yield, we believe, far greater returns over time--in the form of improved reliability, availability, costs, capacity and productivity--especially that of end users--included in the bargain. Smart, after all, always triumphs over brute force. It just takes a while.