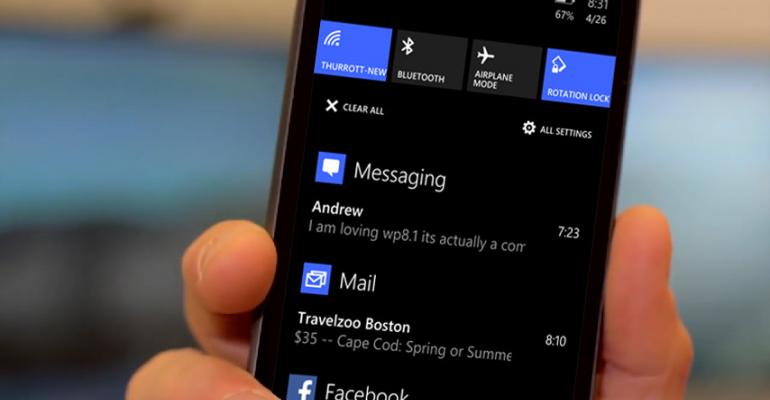 The U.S. Federal Communications Commission voted Wednesday to clarify that telephone companies may block unwanted text messages in a move the agency said would help prevent spam from polluting the popular service.

(Bloomberg) -- The U.S. Federal Communications Commission voted Wednesday to clarify that telephone companies may block unwanted text messages in a move the agency said would help prevent spam from polluting the popular service.

The action is a loss for messaging company Twilio Inc. and free speech groups that had asked for more protections for text messages, saying carriers sometimes interfered.

With the vote, the FCC cleared up the the regulatory status of text messages. Supporters of the measure said it strengthens the legal foundation that allows phone companies to cut off unwanted messages.

The agency is “empowering wireless providers to continue taking action against unwanted text messages,” said FCC Chairman Ajit Pai. “We stand with American consumers, not those trying to bombard them with spam or scam robotexts.”

Opponents of the move said carriers already have the ability to block unwanted texts, and might abuse the power to censor speech.

“Today’s decision offers consumers no new ability to prevent robotexts,” Rosenworcel said. “It simply provides that carriers can block our text messages and censor the very content of the messages themselves. Calling this decision anything else is just doublespeak.”

Nine Democratic U.S. senators and Vermont’s Bernie Sanders, an independent, in a Dec. 7 letter asked the FCC not to take the step, saying it would let phone companies “block any text message they wish” and charge more to businesses trying to reach clients and consumers.

“This action undermines the public’s right to use text messaging without undue interference from wireless companies,” the policy group Public Knowledge said in a Dec. 5 statement.

Top U.S. carriers backed the plan. “The FCC’s proposal is a big win for consumers,” said Scott Bergmann, senior vice president with the CTIA trade group that represents AT&T Inc. and Verizon Communications Inc. “Today, more than 50 percent of emails are spam, and no one wants their texts to look like their email inbox.”

The spam rate for plain text messages is about 2.8 percent, according to a CTIA estimate.

Policy groups sought protection for text messages after Verizon in 2007 rejected a request by Naral Pro-Choice America to sign up members to receive text messages that encourage people to support abortion rights legislation. After protests, Verizon reversed that decision and called it incorrect.