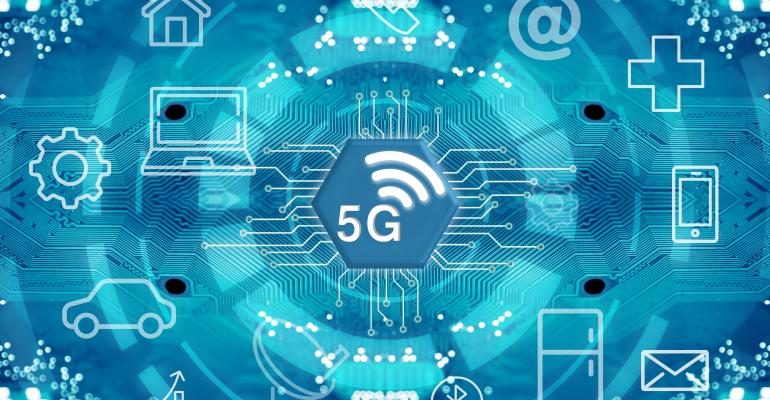 Europe Edges Toward 5G Restrictions After Blast of U.S. Lobbying

The European Union agreed its member states should adopt a “comprehensive and risk-based” approach to the security of 5G, which includes using only trustworthy parties for components critical to national security.

(Bloomberg) -- U.S. officials flooded Europe last week, and by the time they had departed, their efforts to persuade their allies to cut back in using Huawei Technologies Co. equipment appeared to finally be gaining traction.

Europe has been caught between two major world powers, China and the U.S., over the question of whether to include Huawei in the roll-out of its future 5G mobile networks. Many European countries don’t want to anger Beijing, a significant trading partner, while the U.S., an important security ally, has repeatedly said it may reassess intelligence sharing with countries that utilize Huawei in their 5G networks.

But on Tuesday the European Union agreed its member states should adopt a “comprehensive and risk-based” approach to the security of 5G, which includes using only trustworthy parties for components critical to national security, and should consider the laws of a supplier’s home country before buying their products.

A day later, following a NATO summit U.S. President Donald Trump and German Chancellor Angela Merkel discussed “the need to exclude untrusted providers,” a White House spokesman said in a statement. The discussion came as the country’s largest phone carrier, Deutsche Telekom AG, announced it had stopped orders for 5G equipment due to Huawei’s uncertain status. Merkel has previously insisted that individual vendors such as Huawei should not be banned from the outset.

While American diplomats see the new EU security conclusions as a sign of progress, it’s not yet certain it will lead to a change in Huawei’s status in Europe. Under current EU law, only member states can ban vendors from their markets. The countries are expected to agree to recommendations by the end of the year. These could include flagging specific vendors as untrustworthy, or suggesting updates to EU or national legislation.

The ambiguities of European regulation haven’t stopped U.S. officials from declaring some form of victory.

“We were very pleased to see the conclusions on 5G that the EU council released,” Rob Strayer, the U.S. State Department’s deputy assistant secretary for cyber, said on a conference call with reporters Thursday.

Keith Krach, the State Department’s under secretary for economic growth, energy, and the environment also told reporters in Paris: “I would like to salute the EU leadership on the position they’ve taken on securing 5G.”

For their part, EU officials said member states agreed to the 5G conclusions to safeguard the region’s own interests, not to appease any outside powers. They added that the U.S. and China weren’t mentioned in the discussions leading up to the agreement, nor were there any real controversial issues among the member states.

Part of the U.S. optimism comes as European companies begin to turn their back on Huawei. Deutsche Telekom said it was hoping for “political clarity for the 5G build-out in Germany as soon as possible” as it announced it had stopped orders on 5G equipment due to Huawei’s uncertain status. No other major European telecommunications company has announced a full ban, although Vodafone Group Plc in January suspended purchases of Huawei gear for the core of its European networks.

A key issue for European and U.S. officials is a 2017 Chinese law that mandates any organization and citizen to support and assist national intelligence in their investigations. The U.S. has argued that allies should only purchase equipment from countries that have independent court systems. Strayer has said he isn’t trying to get allies to ban a particular company, but instead, is urging allies to adopt a common security standard -- which Huawei doesn’t meet.

“We’ve said for some time that we want to maintain our very close cooperation on law enforcement and military matters with governments around the world,” said Strayer said on Tuesday in an interview with Bloomberg TV. “But when we’re not able to share information securely, as would be the case when they have untrusted vendors in their 5G networks, we’re going to have to reassess how we share that information in the future.”

A Huawei spokesman pointed Bloomberg News to a statement in which the company welcomed the EU’s “fact-based approach,” adding that the Chinese company is a trusted partner throughout Europe and that its 5G solution is “safe and innovative.”

The political agreement by the European member states aims to set one approach on 5G across capitals, preventing any one country from being singled out or becoming a potential target for retaliation by China or the U.S.

In the U.K., a key U.S. ally, Conservative party politicians are burnishing their hawkish security credentials during a general election campaign by dangling the prospect of a ban on a Chinese supplier. Prime Minister Boris Johnson, speaking at the NATO Summit in London on Wednesday, said he didn’t want Britain to be “unnecessarily hostile to investment from overseas,” but “we cannot prejudice our vital national security interests.”

U.K. Chancellor of the Exchequer Sajid Javid appeared to echo Johnson’s stance. “When it comes to our national security, no cost is too high,” he said, speaking to LBC radio. The Conservatives are capitalizing on data that shows opposition Labour leader Jeremy Corbyn polling badly on whether he can be trusted on national security issues.

It wasn’t all a success for the U.S., however. The following day, Johnson was seen using what appeared to be a Huawei P20 smartphone to take selfies. His office said that the phone belonged to a staffer.