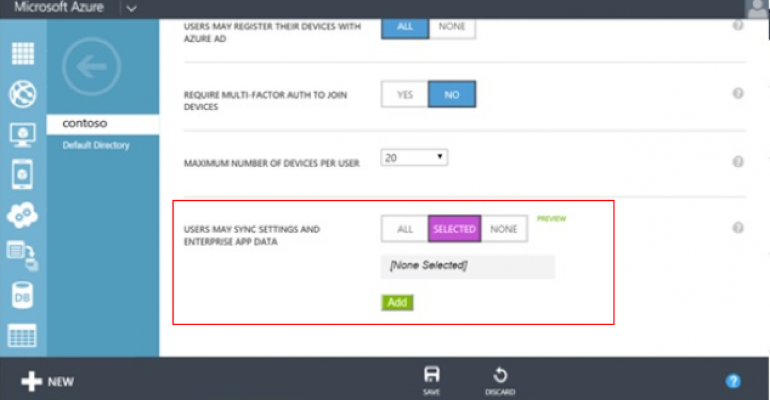 It's the little things like configuration settings and app permissions that can make swapping devices so frustrating: Sure, a blank slate is nice, but it's even nicer when things just work like you expect them to, with minimal fuss.

To try and reduce some of that fuss, Microsoft has announced the launch of Enterprise State Roaming for Windows 10, which synchronizes OS settings and Universal Windows Platform application data across devices logged in with an Azure AD identity, including everything from Wi-Fi passwords to applications purchased.

According to Gunjan Jain, Microsoft Senior Program Manager, the end result is similar to settings sync that consumer have had since Windows 8, except that with Enterprise State Roaming the syncing occurs within Azure cloud, giving the enterprise more control (settings sync stores a user's sync data in OneDrive).

The feature is currently available in US and Europe regions only.

One other caveat worth noting is that the primary account logged in is the one that will determine sync settings: Windows 10 users can mix and match personal and corporate data, and manage them under different policies, but can currently only sync settings according to which account is used as the master account.